Landlords hit by Shamyana scam lash out at tenants

Landlords duped in one of the UAE’s biggest rental scams by Shamyana Entertainment Services — allegedly perpetrated by con man Haitham Al Kouatly — are lashing out at tenants for misusing their apartments. 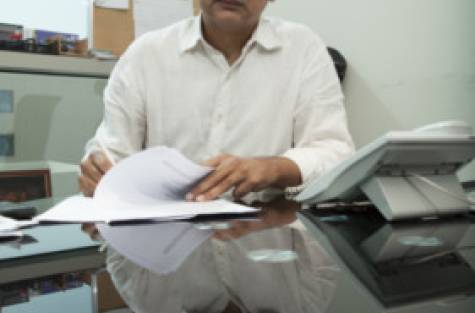 Landlords told XPRESS some tenants had been misusing their apartments and that they would be taking up the matter with the Rent Committee.

Pakistani national Omer Ghani, 50, who recently got a ruling in his favour from the Rent Committee, said his relief was short-lived when he visited his apartment.

“I was shocked when I entered my house. It was filthy, the air-conditioner was running and my fridge was broken. What is more, the tenant never even bothered to give me access cards to the building’s main entrance and basement parking. I had to wait for someone to open the entrance door.”

It is not that the tenant was unaware that Ghani would be coming to check on his apartment.

“He messaged me one day before my second hearing by the Rent Committee that he was leaving my apartment. I told him to leave the keys and access cards behind, but he did not respond.”

Ghani said besides that, the tenant had left behind an unpaid electricity bill of Dh475. “I will raise this matter with the Rent Committee. Clearly the tenant has broken many rules here,” he said.

Another Pakistani landlord, Yousuf Pingar, who also got a ruling in his favour, claimed his tenant had changed the lock to the door of his apartment. “The security personnel of my building told me this.

“I went there last month, rang the bell and knocked on the door, but no one answered. When I tried to open the door with my key it did not work. I am furious. How can he do something like this? I will raise this matter with the Rent Committee and relevant authorities.

“All my paperwork and contracts are intact. I am confident the case will go in my favour.”

Another landlord who has started the process with the Rent Committee to evict his tenant told XPRESS: “People think just because we own an apartment, we are multi- millionaires. This is not the case, we are working class people and victims of the scam too. The earlier we can evict the tenants, the earlier we can start repaying rents against our EMIs.”

According to the law, landlords must follow a process to get the illegal tenants evicted. First, they must send a Dubai Court notice to the primary tenant they leased their unit to.

A case report from the court is given to the Rent Committee. This will initiate the process with the committee to cancel their lease with Shamyana and have the people living in the units evicted.