Landlord could face 11 years in prison

If convicted of each count, 63-year-old Elwyn G. Miller, of rural Iowa City, could face 11 years in prison. 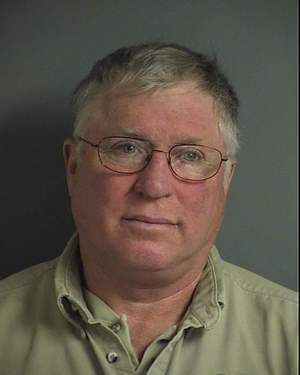 Miller was arrested Oct. 31 when police were called to one of his rental properties, 639 S. Lucas St., for a report of someone peeping into a woman’s apartment. The female occupant of the apartment identified Miller, her landlord, as the man peeping on her while she was taking a shower, according to police.

Police said Miller was watching the woman through a hole he made next to a vent fan in the ceiling. The incident prompted police to investigate apartments in the three properties Miller manages.

According to trial information, Miller spied on women either in their bathrooms or bedrooms in four units at 639 S. Lucas St. He also is accused of spying on a woman in the bathroom of her lower-level apartment at 1024 E. Burlington St., another property Miller owns.

The trial information states the peeping occurred from August to October, although the actual number of incidents is not described.

Miller allegedly told police he was not interested in the women as people, but because they were nude. He has declined to comment on the allegations.

City officials have said that the housing code doesn’t currently address Miller’s alleged activity and Miller will be allowed to continue to own and manage the properties. However, Greg Bal, supervising attorney for Student Legal Aid at the University of Iowa, has said there is sufficient basis for a tenant to terminate his or her lease if there is proof of Miller’s misconduct.

Miller is scheduled to be arraigned Dec. 20. However, it is likely that he will enter a written plea before that time.

This article originally appeared on press-citizen