An evicted tenant risked the lives of residents, including a baby, when he broke in and set fire to his old flat.

Martin John Adams (25) was jailed for two years and eight months yesterday for the arson attack. 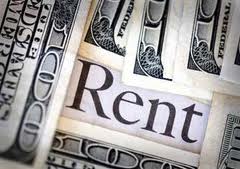 Leicester Crown Court heard how he set fire to a sofa in the first floor apartment of the three-storey building, in Chapel Street, Barwell, before going across the road to a nearby wine bar.

The occupant of the top floor flat saw smoke and raised the alarm, escaping with two visitors.

He also alerted a mother who was with her one-year-old daughter in the ground floor flat.

Adams admitted arson, recklessly endangering the lives of his former neighbours, in the attack on May 9, last year.

Judge Michael Pert QC said: “Human life is endangered when you set fire to an occupied dwelling, and that’s exactly what you did.”

Jonathan Eley, prosecuting, said Adams moved into the flat a year earlier and was evicted about 10 days before the arson attack, having never paid any rent. He left owing the landlord about £1,900.

Mr Eley said: “There was also friction between him and the other tenants, with their complaints about loud music.

“Even he accepted he would ‘gob off’ to other residents.”

CCTV at the entrance filmed the defendant, who never returned the key, entering the property at 9.40pm and then running away with another person shortly afterwards.

The top floor tenant was going downstairs when he passed the first floor flat and saw dense smoke billowing under the doorway.

Firefighters with breathing apparatus extinguished the blaze, but not before it caused extensive fire and smoke damage.

Adams, of North Close, Burbage, was arrested while watching the incident from outside the wine bar.

He denied any involvement until the day of trial, when he changed his plea to guilty.

The court heard he had a previous conviction for arson, setting fire to a duvet, after assaulting his step-father, in 2004.

However, a psychiatric report stated he did not have an obsession with fire.

He said: “He’d been drinking earlier in the day which exacerbated his lack of self-control.

“He says it was nothing to do with the landlord of the flat.”

Adams was said to have been making good progress and had support from his fiancée’s family, who had attended court with his mother and step-father.