A man living at a Marietta apartment complex was charged with raping one of its employees, police said Friday. 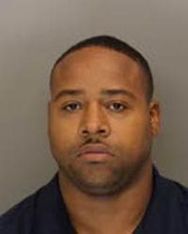 Police said the female contract employee was cleaning a vacant unit Wednesday at Ashford Retreat Apartments on Windy Hill Road when Norris Leonard allegedly brandished a knife and robbed her of an unknown amount of cash.

Leonard then allegedly sexually assaulted the woman before locking her in a closet. The incident occurred around 12:30 p.m. in a unit close to where Leonard lives, police said.

He was being held Friday at the Cobb County jail without bond, charged with aggravated sexual battery, aggravated sodomy and armed robbery.