Landlords Are Targets of Tenant Tricks

I have fallen for more tenant tricks than I care to admit to! I guess if it is the first time it is used on you, it might be more difficult to recognize as a trick or a con. The important thing is that you don’t fall for the same ploys repeatedly.

Most of the sneaky little tricks listed below can easily be thwarted with proper tenant screening and a little landlord tenant knowledge. 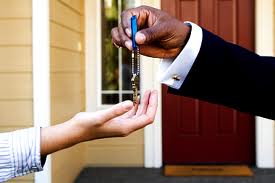 This article was written by John Nuzzolese,   and originally published on voices.yahoo