Is landlord liable for tenant-repairman’s injury?

When I rented the house we live in from the landlord, I agreed to do certain repairs if needed. Recently, a windstorm broke a window, and I said I’d replace it. While removing the old glass, I accidentally cut myself and had to go to the emergency room for stitches. The bill is several hundred dollars. Shouldn’t the landlord pay for it? I don’t want to make a claim on my own insurance policy. 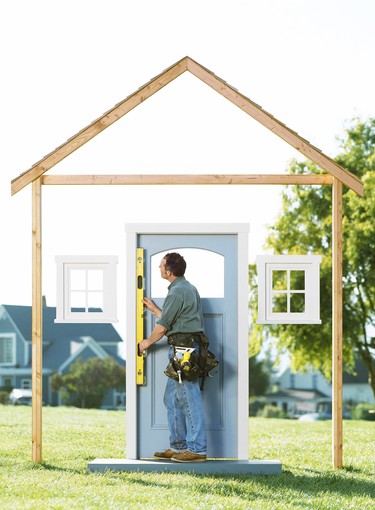 A: It’s not unusual for landlords to offload some repair responsibilities to tenants in single-family rentals. Several states provide for this, but require that any agreement be entered into “in good faith.” This is to prevent landlords from foisting repair duties onto unwilling tenants.

Some states do not allow landlords to assign repair jobs that are needed to cure housing code violations. But even in states that address the tenant-repairman scenario, you won’t find statutes telling the parties what should happen if the tenant is injured while undertaking the repair.

Wouldn’t it be nice if you could be reimbursed by a willing and deep third party such as an insurance company? How about your own renters insurance policy? Alas, that won’t cover you — it applies to loss of your own property (the “property” portion of the policy) and your liability in case your carelessness injures others or damages their property (the liability portion of the policy). Renters insurance won’t step up when your own mistakes have injured you.

So, how about the landlord’s policy? The landlord, too, has a liability policy (called comprehensive general liability) that protects him when his carelessness causes injury to another. So, for example, if the landlord had left a broken window pane unrepaired for several days, and you were injured when it cracked and fell, you could make a claim on his policy, based on his carelessness in not repairing the window or at least temporarily securing it with cardboard or tape. But that’s not what happened here. The landlord had no part in the window’s breaking, and was not negligent in failing to repair it; nor did he cause the accident that resulted in your cut. I doubt that his policy would step up in such a situation.

But that’s not the end of the matter, as far as the landlord is concerned. We do know that if, for example, you were the landlord’s employee, he would have to maintain workers comp insurance, which pays medical bills incurred by employees who are hurt on the job. Landlords who fail to maintain workers comp policies end up paying out of their own pocket for tenant injuries, and incur fines as well.

Is there a sense in which you are an “employee” of the landlord, even though neither one of you intended that you be classified as such? That depends on the degree of control that the landlord had over the way you went about your duties to repair certain aspects of the house. If you were left to your own devices — by furnishing all tools and materials, and performing the job as you deemed necessary — it’s not likely that your state would classify you as an employee, for whom the landlord should have procured workers comp insurance.

I’m betting, however, that your health insurance is either procured through your work (furnished by your own employer) or a policy that you’ve bought on your own. You’ll need to look to your own policy to cover this expense, and hope that you don’t encounter probing questions on how this accident happened (it’s doubtful you will, because the amount is quite small). The insurance company’s response could be different, however, if your accident resulted in a major injury and a huge claim. Insurance companies are always on the lookout for ways to deny big claims, and arguing that you were really an employee who was entitled to workers comp might be just such an argument.