‘Just don’t bring a terrorist in the house’: Family’s warning to estate agent who then rented home to Abu Qatada

By Becky Evans and Harriet Arkell

Hate preacher Abu Qatada has been housed in a property belonging to a family who told the rental agent they did not want it let to terrorists.

The brother and sister who own the £450,000 three-bedroom house in north London were suspicious about their new tenants, but only realised who their notorious tenant was after being tipped off by journalists.

The sister said: ‘I had no idea. I said to the estate agent: “We’re watching a lot of Homeland; just don’t bring a terrorist in the house”.

‘They said the deposit was paid and the references were very good. They said an American company was giving the house to their employees.’ 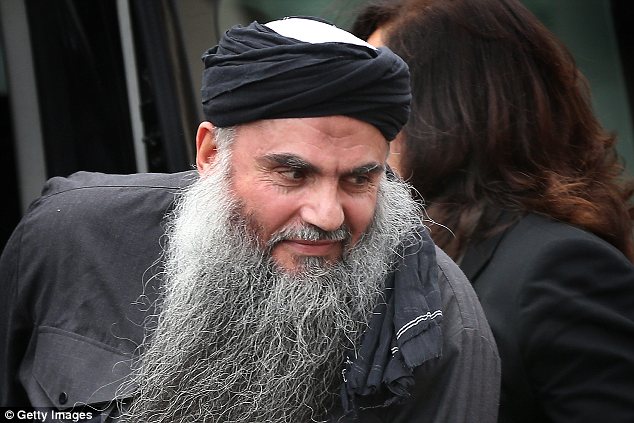 New home: Abu Qatada moved in to his new detached home a week ago

Qatada, 52, his wife, and four of his five children moved into the detached house last week after complaining that his previous house in north-west London was not big enough.

The terror preacher’s new home was inherited by the brother and sister in October, and their parents had been dealing with the estate agent.

The father said he’d been told by the agents that it was being rented by a company from America that was offering a lot of money.

He said that when he organised a gas man and a carpet fitter to visit the property, both were turned away.

His daughter said: ‘I had no idea who was living there. I have read about this man and why he was in prison, he does not seem like a nice character.

‘We signed a contract with the company for six months but there is no way I would have given my permission to rent the house to a man like that – not ever.’

Former neighbours complained that Qatada and his family caused ‘havoc’, attracting protesters and police, and said it was ‘upsetting’ to have such resentment in the street.

The estate agent claimed to know nothing about Qatada moving in, and told The Sun: ‘We thought the company that rented it was part of the Home Office, or they worked with the Home Office.’

His new home is being rented out at taxpayers’ expense for around £1,400 a month – as the cost to British taxpayers of keeping the Al Qaeda fanatic continues to rise.

It has emerged that Qatada – once described as Osama bin Laden’s ‘right-hand man in Britain’, has received more than £500,000 in legal aid.

The vast bill for funding the Al Qaeda fanatic’s decade-long legal battle against the British government was last night described as ‘sickening’ by a campaign group. 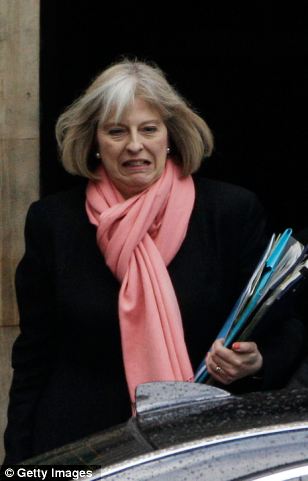 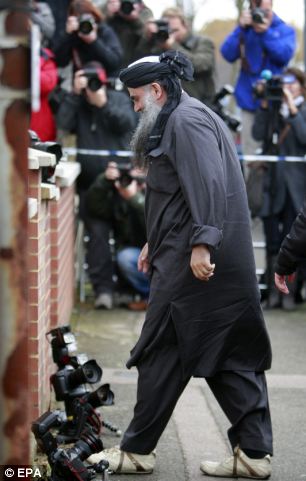 Spiralling cost: Theresa May has vowed to continue to deport Qatada, pictured outside his home in November after being released on bail

Qatada is fighting attempts to deport him to his native Jordan where he is wanted on charges of terrorism.

His removal is being blocked under human rights law amid concerns some of the evidence which may be used against him could have been obtained by torture.

He was freed from jail on strict bail conditions last month, pending an appeal by the Home Secretary. Previous estimates had placed his legal aid bill at less than £400,000.

But, in a written Parliamentary answer, the Ministry of Justice revealed that, as of December 5, the department had provided £515,778 in legal aid funding to the cleric. 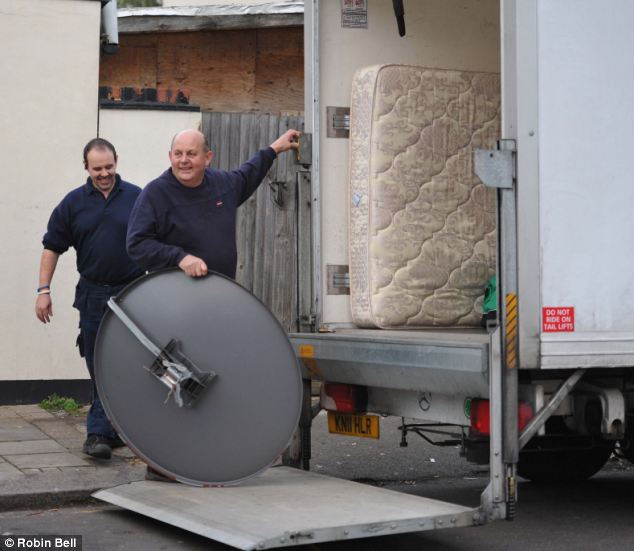 A satellite dish is removed from the hate preacher’s old homeMinisters confirmed the total cost will be higher, warning: ‘The legal services commission has not received final claims from Abu Qatada’s solicitors.’

Mr Grayling said: ‘We must never lose sight of the fact that legal aid is paid for by the taxpayer.

‘The total costs in some cases seem very high, and many – myself included – will question whether they provide value for money.’

Matthew Sinclair, of the TaxPayers’ Alliance, said: ‘Legal aid is there to ensure everyone has equal access to justice, but it is sickening to see the extent to which this vile hate preacher has been taking advantage of it.’

The total public bill for Qatada is estimated to have now reached £3million. Keeping him in a maximum security prison for more than eight years has cost the taxpayer an estimated £850,000.

The Home Office has confirmed its own legal bill for trying to deport him has so far totalled £825,000. Qatada’s home is monitored round-the clock by security staff at a cost of £100,000 a week.

In 2009 the House of Lords ruled it was safe to deport Qatada, but earlier this year the European Court of Human Rights said he would not receive a fair trial. That verdict has since been upheld by British immigration judges. 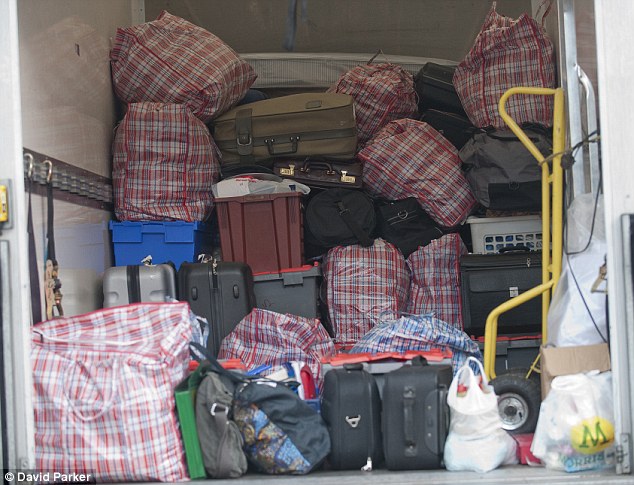 Removal men were seen outside the radical cleric’s north-West London home, loading possessions, including a large satellite dish and what looked like a personal cross-trainer, into a van 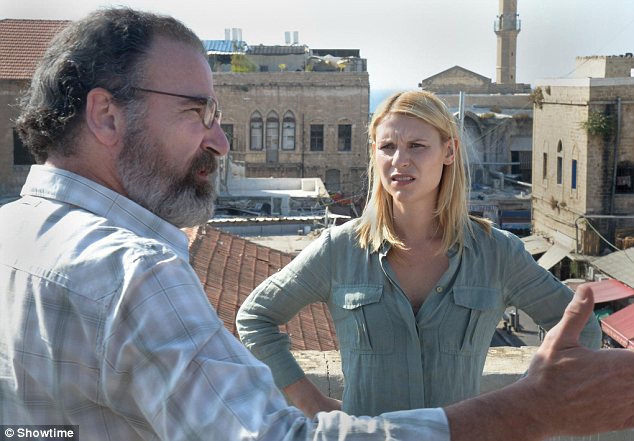