Aggravated Assault: 3000 block of St. Paul Street, 6:40 p.m., Dec. 13. A landlord and a tenant were fighting over past due rent when the tenant pulled out a knife and attacked him. 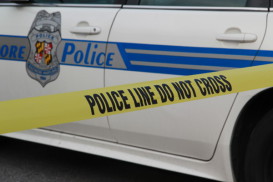 Burglary Residential: 3500 block of Greenmount Avenue, between 1:30 and 4 p.m., Dec. 9. A burglar broke into the home through a front window and stole two Apple MacBooks, a Dewalt Cordless drill and a BB rifle.

This article was written by  Adam Bednar   and originally published on  northbaltimore.patch