A 32-year-old Harare woman has been arrested after making a false report that she had been raped by her landlord.

But Michelle Van Rooyen of No. 31 Sherlin Crescent, Queensdale had consented to having sex with Roy Macheke, her married landlord. 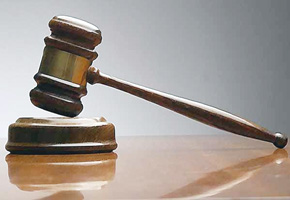 Michelle pleaded guilty to the charge of making a false report to the police when she appeared before Harare magistrate Anita Tshuma. She was initially slapped with six months imprisonment before three months were suspended for five years on condition of good behavior. The remaining three months were suspended on condition she performs 105 hours of unpaid work at Hatfield Primary School.

It is the State’s case that on 15 November, Michelle reported a case of rape
against the then accused Macheke. He was arrested and investigations were carried out. On 19 November when the case was about to be heard in court, Michelle told Sergeant Manatsa that she had lied about the rape case.
Michelle told the cop that when her boyfriend was arrested she went to sleep in Macheke’s bedroom after telling him that she was afraid of sleeping alone. It was not said in court where Macheke’s was at that time.

This article originally appeared on newsdzezimbabwe