COUNCIL houses being used as drugs dens and a brothel have been shut down in a crackdown on dodgy tenants.

The properties are among 55 seized by Stoke-on-Trent City Council since April in a series of raids. 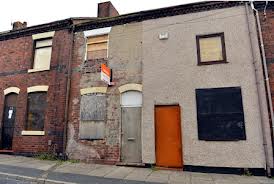 Eight tenants have been prosecuted following the raids, with eight more cases being considered.

City council corporate fraud manager Paul Bicknell said: “The biggest problem we are facing at the moment is housing fraud with people just abandoning their homes.

“Sometimes they use it as a bolt-hole while others use it to rent out and make a profit on.

“But most people are not making a profit from them they are just leaving them empty and then continue to claim benefits.

“We have had occasions where parents have let their teenagers have the houses and they are using them to have all-night parties.

“We have found others where there is drug use and cannabis has been grown. We even discovered one was being used as a brothel.”

The authority has around 19,300 council houses – with about 3,000 people on waiting lists for properties.

It costs the authority around £12,000 a year to provide emergency accommodation to a single family.

The crackdown on tenancy fraud comes as the council has prosecuted 63 cheats caught fiddling their benefits and cautioned 58 more between April and December.

Investigations are ongoing in 557 more cases.

He said: “This kind of thing is becoming a big issue and it is about time the council did more about it.

“If people are abusing the system then they should be caught and punished in the right way.

“There are thousands of people waiting for houses and things like this make it a lot harder for tenants who are actually genuine.

“If the council wants to do something, they should do it because it is a problem. It’s not just about ticking boxes.”

Steven Pritchard, of Portland and Cobridge Residents’ Association, added: “Anything which helps stop this kind of thing from happening in the future is very much welcomed.

“Stoke-on-Trent City Council is cutting spending in so many areas so those people who should have to pay should be targeted and made to pay up.

“And those who have falsely claimed benefits should be made to pay them back because that money could be used for people who are genuinely struggling.”

It has received 1,074 reports between April and September, with 291 relating to council tax fraud and 214 on tenancy fraud.