A new year should bring a new attitude about your personal information.

When was the last time you checked to make sure the credit bureaus haven’t mixed you up with someone else?

Judy Thomas doesn’t go far without her pile of papers. Each one details the nightmare she’s been living for more than a decade. 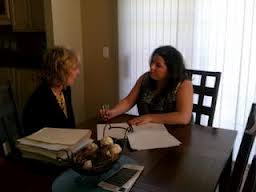 “If I don’t have my proof I’m not who I am. I am somebody in Utah,” Thomas said. Thomas said she feels like she’s lost her identity, even though it’s never been stolen.

Her credit report is mixed with another woman’s file. They have similar first names, but live in different states and have very different credit.

“I get denied jobs because of her, because of them (credit bureaus),” Thomas said.

Thomas sued two of the three credit bureaus and settled for an undisclosed amount, but the issue still haunts her. She is trying to refinance her home, and is being asked to prove she is who she says she is.

This case is complex and unique, but Attorney Sylvia A. Goldsmith said there’s a lesson in this for everyone: Mistakes of all kinds are common.

“Most of the bureaus do not require an exact match of Social Security number, date of birth or first name. They have a looseness,” Goldsmith said.

The credit bureaus need some leeway because consumers use different names. Sometimes people abbreviate their name or use a nickname.

“You don’t want to completely preclude that person from getting credit,” Goldsmith said.

So, it’s essential to check your report for mistakes.

Goldsmith said some studies show 20 to 40 percent of us have credit reports with significant mistakes. Mistakes can cause you to pay more for insurance, your credit cards or be denied a job.

The Consumer Data Industry Association uses different statistics. The agency reports that of the 52 million credit reports reviewed by consumers, less than 2 percent have a dispute where data was deleted.

There is a free and easy way to make sure your report is accurate.

It doesn’t matter which order you do it in, as long as you always use Annual Credit Report.

If you find a mistake, dispute it. The Consumer Data Industry said 72 percent of consumer disputes are resolved in 14 days or less.

Goldsmith recommends skipping the automated online dispute process. She has her own set of tips on the website Protecting Ohio Consumers .

“I tell people to do it in writing. Be as detailed as you need to be. Provide whatever documentation you need and give them as much as they are required to fix it properly,” Goldsmith said.

A paper trail will help you take legal action if the credit bureaus don’t take action. Even with a lawsuit, there’s no guarantee your report will ever look the way it should.

Thomas doubts her problem will ever go away.

The Consumer Financial Protection Bureau , led by Former Ohio Attorney General Richard Cordray, recently began taking complaints about the credit bureaus. The industry is waiting to see if this has any meaningful impact on the problems with reports. The key is finding the mistakes “before” they snowball.