Landlords are calling for tougher enforcement after being taken for thousands of dollars by “professional” scam-artist tenants who never pay rent and work the system to delay eviction. 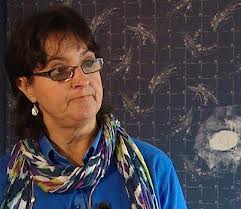 “They are in your house — and you know they are taking advantage of you,” said Margarita Loyola, of Victoria, B.C. “You are powerless and there’s nothing you can do.”

Loyola said she is out $20,000 in lost rent, legal fees and clean-up costs after renting to a tenant who has moved from home to home in Victoria without paying, for months on end.

“They left so much garbage and junk. It cost me $1,200 and two full dump trucks just to get rid of what they left behind,” Loyola said.

Orion Alexander Holtby and his family have been evicted by six landlords in Victoria since 2010 for failing to pay rent. He also has a criminal record for fraud and has been sued and ordered to pay for bad business deals.

“He is very clever and you know he does this for a living … it was a setup,” said Loyola.

She said she rented to Holtby after he and his common-law wife put an ad on Craigslist, claiming they were victims of a bad landlord and in desperate need of a home for their two small children. “You feel sorry for them and you see the two little girls — they are only two and four,” said Loyola. “And so, you check the references and you think you have a decent family.”

Holtby told her he was a software expert. Loyola left a message at the number he gave as his employer but didn’t hear back. When she called a woman he gave as a reference, she said she was told he would be a model tenant.

Loyola said she learned it was all phoney, after her bank phoned to say the cheque he gave her for September was no good.

“When I phoned that company where he worked … the phone worked for a week or a week and a half which was enough time for me to be calling [for a reference]. Then after that it was disconnected,” she said.

Loyola said Holtby and his wife, Cassandra Cheney, never did pay her a cent in rent. However, it took her four months to get them out of her home. They were finally evicted Jan. 2.

“It was almost like an invasion, but it’s condoned by our system,” said Loyola. Each time she got an order and a bailiff to evict the family, Holtby would appeal to B.C.’s Residential Tenancy Branch and, when that didn’t work, the courts, which bought him more time.

“I am learning all of this one step at a time,” said Loyola. “Meantime, he’s miles ahead of me. He already knows what the next step is and what the holes and the gaps are in the system.”

It turns out, Holtby has done the same thing to five other Victoria landlords in the last three years – each time staying several months for free.

Dwayne Robertson said by the time he was able to evict Holtby last year, it had cost his family $10,000.

“The bailiff knew him by name, because he had moved him out a couple of times previously,” said Robertson. “The system is obviously flawed.”

Nevertheless, at one point, a judge gave Holtby a reprieve from being evicted from Loyola’s home – without her input – based only on a signed affidavit from him, claiming he had been treated unfairly.

“He requested a 30-day stay at my expense. And the judge just granted it to him. Just like that! I didn’t know that you could run to the court and stop the bailiff. I had no idea,” said Loyola.

Despite Holtby’s well-documented history of evictions, she said no one in the system took his past into consideration, or told her about it, while granting him several breaks.

“They treated him like a respectable citizen. As if this is the first time this poor family is going through this,” Loyola said.

She said she doesn’t know where Holtby is living now. Go Public tried to reach him for comment on his cellphone but didn’t hear back.

We asked for an interview with B.C.’s Minister of Housing Rich Coleman but were told he was not available. Spokesperson Sandra Steilo sent a statement.

“The first thing landlords should do is exercise due diligence in screening tenants, such as checking past rental references,” she wrote.

“The province has taken measures to streamline the process to end a tenancy … the landlord can seek an order of possession through an expedited direct request process, which allows a decision and orders to be made on written submissions only, without a hearing taking place … in an average of 12 days.”

“It’s the administration of the law that has to change,” said Al Kemp, of the Rental Owners and Managers of B.C.

He agreed landlords can get eviction orders quickly under the province’s current legislation, but said big delays kick in if and when tenants appeal to the courts. “They don’t have to provide any documentation. They just say my landlord wants me out and I want to stay.”

He cited another case where a tenant was evicted last fall, but a judge then stayed that order for three months.

“When we go to court to get an enforcement order, the thing goes off the rails.”

Kemp said landlords are becoming wary of renting to anyone, fearing “professional” scam-artists, who seem to know exactly what to say to arbitrators and judges.

In cities where affordable rental housing is scarce, landlords say good tenants are being hurt.

“It affects the supply of housing available to all renters, including low income households,” said Vince Brescia, of the Federation of Rental Housing Owners of Ontario.

The federation said bad tenants sometimes stay in places up to half a year, without paying.

“We’re probably dealing with anywhere between one and two per cent of the tenant population that is doing this [scam],” said Brescia. “The activity of the ‘pros’ is creeping up … it’s a growing phenomenon.”

He cited a case from 2010, where tenant Mojgan Amir-Davini moved from one high-end Toronto condo to another, never paying rent and trashing the units, while delaying evictions with numerous appeals.

“Once she got in, it took about five or six months to get rid of this tenant … for each of a series of unfortunate and unsuspecting landlords,” Brescia said.

“Politicians have become afraid of addressing the issue, of being characterized as anti-tenant, but the pendulum has swung way too far.” Ontario’s Minister of Municipal Affairs and Housing Bob Chiarelli was not available for an interview.

“We believe it is necessary to have an equitable approach that balances the rights of landlords and tenants,” said a statement from his ministry. “We believe that eviction is a remedy of last resort and that all tenants are entitled to a hearing.

“Landlords in Ontario are permitted to conduct background and credit checks on prospective tenants to determine that a tenant does not have a history of avoiding their tenant responsibilities.”

But Loyola says there are still a lot of good people out there. “So many nice families out there really looking for a rental, but you know landlords are scared.”