tenantriskverification February 26, 2013 0
By Elizabeth Dinan
seacoastonline
A former tenant of the Feaster Apartments public housing building is being held on $25,000 cash-only bail for a pair of felonies alleging he twice raped a disabled neighbor. 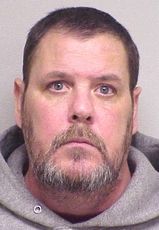 Charged with two counts of aggravated felonious sexual assault is Paul Fierley, 50, who police said was evicted from the public housing building in January, due to “his behavior toward other residents.” According to an affidavit by detective Kristyn Bernier, Fierley raped the disabled woman twice on Nov. 1 when he knew she was developmentally disabled.

The detective wrote in her affidavit that Fierley moved to Maine while knowing he was under investigation for sexually assaulting the alleged victim, as well as “victimizing other vulnerable adults at Feaster Apartments.”

Fierley was arraigned Friday in the Portsmouth Circuit Court, where Judge Mark Weaver set the high cash bail. He was court-ordered to return for a March 4 probable cause hearing.

Last October, Fierley was convicted for simple assault and given a suspended jail sentence for kissing a neighbor on the mouth. He pleaded guilty to the misdemeanor in the Circuit Court, admitting that on Oct. 19, 2011, he had “unprivileged contact” with the woman by kissing her.