Tenant charged in death of 4-year-old in house fire

A District man charged in the fire deathof a 4-year-old girl was the downstairs tenant in the home where the little girl lived and saw fire spreading in his apartment but did nothing to warn the upstairs residents, according to an affidavit made public Saturday. 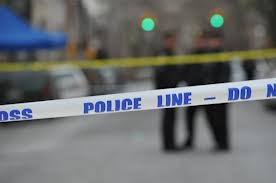 Jerome Calvary Lewis, 46, made his first appearance in Superior Court on Saturday to face charges of second-degree murder.

In the detailed affidavit, which was filed in support of the charge in the case, D.C. police painted a picture of a troubled man who said that in the days leading up to the fire he had heard voices, turned on water in his apartment to try to drown them out and threw a variety of items — television, computer, stove — into the back yard. Lewis “stated that he has been up for two or three days and added that his mother had passed two years ago and now he does everything by himself,” police wrote. “He described a cycle of him being up without sleep for about two days at a time hearing voices then crashing. He stated that he had experienced this cycle about four to six times in the past.”

The fire erupted in the house, in the 2600 block of 33rd Street SE, on Feb. 17. Six people managed to escape. Firefighters found the girl, Samauri Jenkins, unconscious in a second-floor bedroom. She died two days later at a hospital.

After the fire started, the affidavit said, Lewis at one point attempted to enter the house, saying, “There is a kid in there.”

The affidavit filed Saturday offered many details but did not appear to fully explain the basis for charging Lewis with second-degree murder.

Police said that suspicions arose the night of the fire. An officer who was in a security booth near the home of D.C. Mayor Vincent C. Gray (D) noticed smoke while looking at one of his monitors, went out to investigate and saw Lewis in an orange shirt standing behind a house in which there were flames in the basement.

The officer saw two other people who appeared to be frantic and were trying to reenter the house. The officer, the two people and Lewis went to the front of the house, the affidavit said, where they saw a third person, who was holding a 2-year-old child.

More police and firefighters arrived. Lewis acted aggressively toward a police officer, the affidavit said, and was taken into custody. Police found a book of used matches in his pocket, according to the affidavit.

Lewis said he is a smoker and generally uses an ashtray, according to the affidavit. But that night he tossed his cigarette onto a mattress, the affidavit said. The mattress caught fire. “He stated that he had difficulty exiting the apartment because of the stove, microwave and other items he had thrown out earlier,” the affidavit said.

Police said in the affidavit they interviewed two people who were in the home during the fire. They said Lewis did nothing to warn them about it, according to the affidavit.