Phillip Estevez, 63, makes his arraignment appearance at Brooklyn Criminal Court on charges of murder in the second degree in Brooklyn on Monday, March 11, 2013. 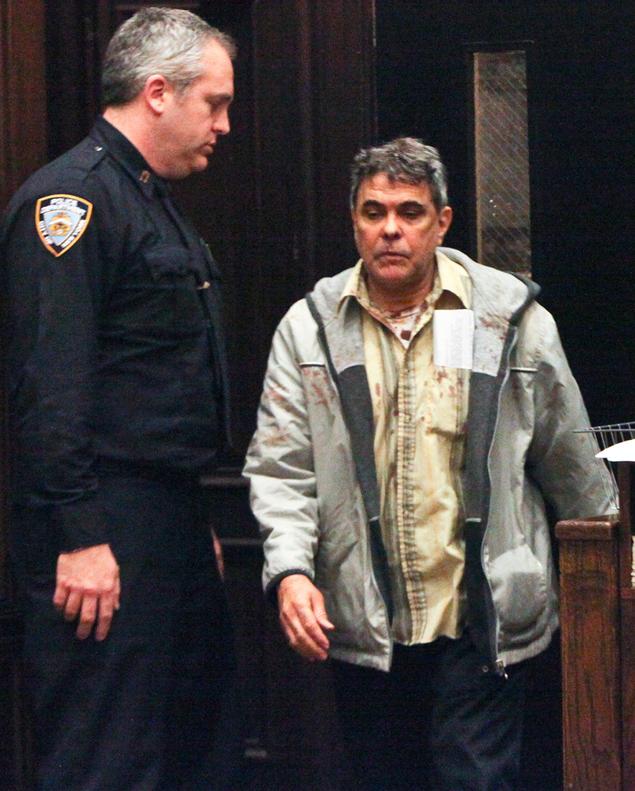 The Brooklyn landlord accused of killing his tenant over unpaid rent has been charged with murder.

Estevez was angry that Martinez and his relative Anna Rodriguez, who lives in the building with her husband and two kids, were behind on rent and ran up the electric bill, neighbors said.

“When I came out, I saw Luis on the ground. I lifted his head, but he was dead already. He wasn’t breathing. He died quickly.”

Estevez was angry that Martinez who lives in the building with her husband and two kids, were behind on rent.

After killing Martinez, Estevez ran upstairs and pointed the gun at Rodriguez, but the gun jammed, sources said.

Estevez got on top of Rodriguez and was choking her when her brave 12-year-old daughter, Eliana, hit him with a two-by-four piece of wood, sources said.

The landlord was taken into custody at the scene by cops.

“He only asked for rent,” neighbor Montes De Oca said.

This article was written by  Joseph Stepansky , Edgar Sandova    and originally published on nydailynews