In the wake of recent gun control debates and a national spotlight on the need for thorough background checks, Fidelis Screening Solutions reported an 827% increase in revenue from 2010 to 2012. The growth supported the need to rebrand their tenant screening product and use RentPrep’s more memorable name to continue to gain a larger market share. CEO Stephen White says “there is no doubt the recent media attention has contributed to the company hitting the 1 million mark in March 2013, almost 2 months ahead of projections.” 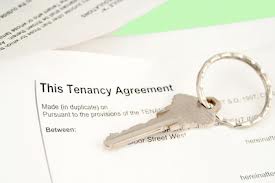 “Take one look at RentPrep and its clear to see the company’s vision of a more modern and user friendly site. The rebranding allows us to better grow our landlord solution through improved functionality like the mobile friendly responsive design while keeping the product lines exactly the same” says Chief Operations Officer Carlos Hennings. He further explains that it was important that the company kept the integrity of the reports, and the operational procedures to compile reports because “it’s what thousands of landlord use every day to protect their investments”.

This strategic move is all part of a larger picture that began in November 2012 with the move into a larger, more modern and accommodating office in Western New York. It was here that the company divided its attention between two distinctly different clientele, landlords and larger property management companies. The January 2013 launch of http://www.FidelisScreening.net gave focus to the distinctly different landscape of larger property management companies and allowed FidelisAM, now RentPrep, to better serve the landlords.