A 15-year-old dalit girl was raped by her neighbour in Sheopur district on Sunday night. Police said the victim had gone to attend nature’s call when accused – Raja alias Imtiaz – forcibly took her to the roof and raped her. 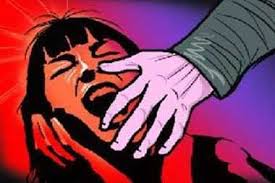 The accused threatened her with dire consequences before escaping from the spot. The girl, however, rushed downstairs and narrated the happening to her parents who subsequently took her to Kotwali police station on Monday morning. Kotwali police referred the case to AJK police station and sent the victim for medical examination.

Station house officer of AJK police station, Shrikant Upadhyay said, “Raja was a tenant in a house in the victim’s neighbourhood for the last six months. He was a cloth vendor,” said the officer. He has been booked under rape, criminal intimidation and SC/ST (prevention of atrocities) Act.