The police on Wednesday arrested a 60-year-old man for allegedly raping a minor girl in Sodala area. 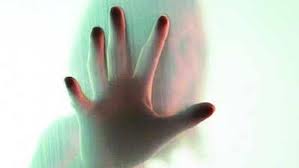 The man and the victim’s family were staying as tenants in two separate rooms of a house. The accused raped the girl when her family members were not at home, the police said.

According to a police officer, the accused identified as Gangadhar Barman, belongs to West Bengal and lives as a tenant at a house on Hari Marg in Civil Lines.

“The 16-year-old girl’s mother works as a domestic help. On Tuesday, when her parents were not at home, Gangadhar lured the girl into his room and raped her,” the officer said.

When the victim’s mother returned from work she found the girl in Gangadhar’s room. “The man pushed her away and escaped. The mother lodged an FIR on Tuesday evening. We launched a search and found him in Moti Doongri area. He was trying to leave the city,” the officer added.