The city of Covington is giving landlords a simple way to screen prospective tenants’ previous evictions – just click and read. 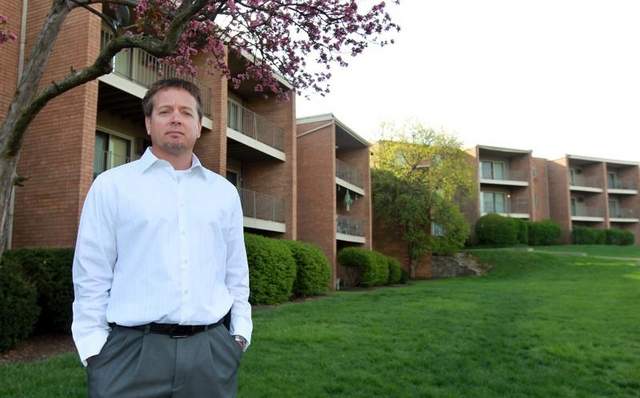 Within a couple of weeks, the city website, www.covingtonky.gov, will provide a direct link to an alphabetized list of people who’ve been evicted in Boone, Kenton and Campbell County over the past three years.

The idea came from landlords during meetings last year between the city and property owners about the city’s rental inspection regulations.

“Many of the landlords we spoke with said that some of the problems with rental properties are not necessarily the fault of landlords but from problem tenants,” Mayor Sherry Carran said.

“Having a Northern Kentucky eviction list will hopefully help landlords who want their rental properties to contribute to the well-being of our neighborhoods.”

The same kind of public information already is easily attainable for evictions in Hamilton County, which provides a search-by-name or case Internet link to the clerk of courts,

Not so in Northern Kentucky, said Covington City Services Manager Mike Yeager. “They would have to go to the courthouses to get it.”

Officials at the Brighton Center, a Northern Kentucky agency that helps underprivileged residents with multiple programs, hope that landlords will use Covington’s tool wisely – taking into consideration underlying reasons many people find themselves facing eviction.

“I’m sure that the majority of people using this will use it as a screening tool – an opportunity to dig a little bit deeper to learn why (residents) were evicted,” said Lauren Copeland, family center coordinator for the Brighton Center.

With an ailing economy, the Brighton Center has received an influx of first-time service requests from folks throughout Northern Kentucky who are struggling to make ends meet, Copeland said.

In March alone, the center received 91 requests for assistance with a rent issue.

The agency took more than 400 calls from people in need of utility assistance. The center also provided the last $50 of rent and utility payments to about 25 people – a number that has been steady month after month.

Among Brighton Center programs are those that help people out with temporary needs such as a rental deposit, budgeting their finances and locating affordable housing to keep children within their original school district.

“People are squeezed in so many directions,” Copeland said. “They are making those hard decisions about paying rent or paying utilities.”

She said that among those facing housing crises are families who face eviction after landlords lose rental properties through foreclosure.

Through the economic downturn, the Brighton Center has found rental property owners who will work with prospective tenants through the agency and find a place for those who are facing an imminent housing crisis, Copeland said.

Charles Tassell, director of public affairs for the Greater Cincinnati/Northern Kentucky Apartment Association, said landlords are most concerned about people who are repeatedly evicted.

“Many of them, as soon as the eviction is filed, they’ll move out and move somewhere two to three miles away.”

He said the Covington initiative will help screen for that type of tenant.

“This allows landlords to look at the past pattern of behavior for prospective tenants,” Tassell said.

The Covington website also will assist rental property owners who don’t have the resources or time to go from courthouse to courthouse checking on evictions, Tassell said.

Still, Schmitt said, the Covington initiative is a good tool for landlords to get a quick look at prospective tenants.

“It’s definitely something we would support,” he said.

City Services Manager Mike Yeager said an employee has been working on the listing since November and hopes to get the site up in about two weeks. It will be continually updated, he said.

Other helpful information for landlords, including links to landlord training sessions, will also be available on the site.

The mayor said the city’s goal is to maintain good neighborhoods.

“Many of our neighborhoods that were built with single-family homes have turned to more than 50 percent rental, creating problems relating to lack of pride and responsibility, not only for the rental property but for the neighborhood as a whole,” Carran said. “Quality rental properties and good tenants are a high priority for our city.

This article was written by Terry DeMio   and originally published on news.cincinnati