If you’ve applied for a rental in the last several years, there’s a good chance a private screening company searched records to see if you have a criminal history or court-ordered evictions. 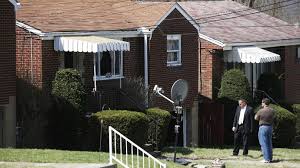 Landlords use screening companies to minimize risk to their properties, but the process has had unintended consequences. In addition to finding evictions and criminal records, screening companies sometimes find court records indicating a prospective tenant was or is a victim of domestic violence or stalking.

When landlords get this information, they have at times simply rejected the prospective tenant to avoid having to deal with the tenant’s current or former abuser. It’s been illegal to reject a rental application because of domestic violence for about a decade, but landlords can reject applications for reasons other than domestic violence, said Michelle Thomas, policy director at the Washington Low Income Housing Alliance.

“If they know it’s illegal to discriminate [against domestic violence survivors], they may use that information but will give a different reason, a proxy or a lie,” Thomas said.

A new law will prevent that. Gov. Jay Inslee signed legislation April 23 that forbids tenant screening companies from disclosing an applicant’s status as a victim of domestic violence or if they had previously terminated a rental agreement when fleeing a dangerous situation.

The new law will restrict tenant screening companies from sharing the information at all.

A law passed last year allows tenants to request documentation explaining why their application was rejected. If a landlord received any information about domestic violence, it would be apparent in that documentation.

In combination, these laws give survivors of domestic violence a path to secure housing, Thomas said.