NEW DELHI: Upset with the rising numbers of crimes involving the migrating population, Delhi police has decided to speed up the tenant verification process. This will be the third time, in a span of four years, that the Delhi police are mulling a special verification drive. What will be unique though, is the effort to try and rope in the Residents’ Welfare Associations who are part of the Bhagidari scheme. 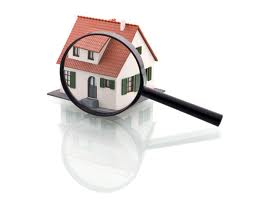 According to the police, Delhi has a huge floating population as such getting tenants verified through the official channels take a lot of time. “We had covered a lot of ground during the 2010 Commonwealth Games with the beat officer in each police station – especially in the trans Yamuna region – taking a lot of burden. That is the reason, why to this day, the east Delhi district has verified the highest number of tenants (78,074) in this time compared to the next best – South Delhi (42, 844). But given that over 10 lakh residents in this city are tenants, the police get burdened. The RWAs will now be asked to note down at least the basic name and addresses of new tenants so that they can at least they can be traced easily. They will also additionally educate the house owners on the need of verifications and dangers when that is not done. Various RWAs are already unofficially playing a similar role in several pockets of Delhi,” said a top officer.

Meanwhile, the cops said that a new tenant verification plan, which has shown good results in Gurgaon, and is already being implemented in Vasant Vihar and Vasant Kunj (North) areas of south Delhi will soon be turned in to a standard practice across all police stations in the city. The practice is already widely in use after the 2011 bomb blasts at the Delhi High Court.

“We are asking for genuine ID cards from tenants whose database is available on the internet. Instead of sending documents to the tenant`s hometown and waiting for a response, we can verify them on the internet within 24 hours. A special software has been developed for this purpose,“ said an officer. The NCR cops have also issued an order to all local police and owners of malls and market complexes to ensure that CCTV cameras and have power backup facility.

Meanwhile, a recent study conducted by ASSOCHAM has found that about 52 per cent of HR officials across sectors are cross-checking each detail of existing and prospective employees to minimise the risk of damage to brand image in case of a fraud or crime.This in the the backdrop of the recent horrendous rape of a five-year old in Delhi which prompted street protests, the industry body said.

“Companies are fast realizing the benefit of doing background checks of prospective employees or risk hurting their brand image in a fraud case. Screening of job candidates at all levels, and even vendors and contract staff is preferred,” the survey said.

Previous employment details, academic and professional certificates, identity, criminal records, and credit risk, among other information are checked thoroughly for authenticity and veracity, it added.