Two 16-year-olds were arrested Thursday afternoon in connection to the fatal shooting at a Tyler apartment complex. The arrests come the day after 19-year-old Ladarrius Devonte Warren and 18-year-old Earnest Deaurndra Jackson Jr. were arrested and charged in the crime. 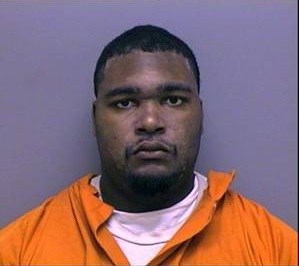 All four face capital murder charges of 21-year-old Joshua McGill. According to the arrest affidavit, Warren and Jackson were hanging out with the two minors Monday night, when they decided to go for a ride and buy marijuana in a 2006 white Ford four-door vehicle Warren was borrowing from his girlfriend’s mother.

The report says the men went to the Kensington Place apartments, where McGill’s friend, Kristen Beard lives. They knocked on her apartment door and asked to buy the drug.

A resident in that apartment then called McGill, who arrived at the apartment and showed them the drug.

The four men then left to get money, but came back and reportedly lured McGill outside, trying to steal it.

“Somebody came up to the door and asked for him,” said the apartment tenant Kristen Beard. “He just came outside and not even five minutes later, that’s when we heard it.”

The arrest affidavit said there was a confrontation between the men, resulting in Ladarrius Warren shooting McGill in the back with a Remington 870 12-gauge shotgun.

“I heard a gunshot and I ran outside,” said Beard. “He was just laying there, shaking and I ran over towards him and lifted his head up and was trying to open his mouth, but there was just a lot of blood.”

Investigators said that the shotgun belongs to one of the 16-year-olds arrested on Thursday, who told police he received it from a friend and brought it in the car for protection.

Police said the men then fled the scene with the marijuana, consuming it before being found by investigators.

Warren and Jackson were arrested at two separate Smith County homes on Wednesday.

“He was at a bad place at the wrong time,” said Beard.

Tyler police also said the forensics from the minor’s gun shows that a shotgun shell in the weapon matches one found on the scene.

According to the arrest affidavit, friends of the adult suspects told police that the two men had confessed to their involvement in the crime.