Tenant Background Search, a Texas firm with a national client base, has called for New York City landlords to review their rental agreements to ensure compliance with the Tenant Fair Chance Act. 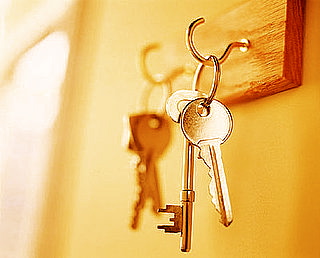 While the NYC City Council passed the law in March 2010, one NYC law firm, Adam Leitman Bailey, P.C., who reviewed his own clients documents more than two years after the fact, found errors and legal exposures on each document screened.

Jeff LeVan, of Tenant Background Search, said, The Tenant Fair Chance Act forces landlords to disclose on their applications if they use a consumer reporting agency, as well as that agencyâ??s full name and address. Additionally, LeVan said, if the landlord uses information in the report to take adverse action against the rental applicant, the landlord must notify the applicant of the adverse action. The applicant is then entitled to the name and address of the credit reporting agency that provided the information so the applicant can inspect the report and challenge it for correction.

In essence, the suit charged that prospective tenants were being blacklisted for having filed a lawsuit against their landlord, even if the legal action never went to trial or if the tenant was found to have a valid action, said LeVan. He added, Additionally, the suit states the plaintiffs were not accurately identified because housing court cases in New York are listed by name and not by social security number, so it was not uncommon that a prospective tenant was being judged on judicial action taken by someone else with the same name.

FAS lost the class-action suit in 2007 and was forced to settle by paying $1.9 million dollars.

Now, three years after the law has been passed, LeVan cites proof of the NYC law firm audit that NYC landlords my still not be in compliance and are opening themselves up to a legal action against which they will have little defense. Its avoidable, said LeVan. All landlords have to do is use their legal resources and be pro-active in staying out of the court system. The bright side of the Tenant Fair Chance Act, continues LeVan, is that landlords will be able to rent to good tenants who may have been mis-identified as high risk under the previous guidelines. After all, the purpose of doing background screenings is to be able to find qualified tenants. These legal changes will increase the chances of that, he said.

This article originally appeared on wspa