Landlord takes on his tenants

A wealthy uMhlanga businessman and property owner, Niemesh Singh, has embarked on a private prosecution of a former tenant whom he accuses of lying about him in a civil matter before the Durban High Court. 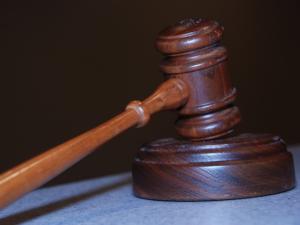 Singh has hired Durban advocates Omar Moosa SC and Paul Jorgensen to run his trial in the Durban Regional Court, in which Arnold Nundalal, a former Glenrand Marine Insurance Brokers manager, is facing charges of defeating the ends of justice.

The charges relate to allegations that Nundalal coerced others to make affidavits saying that they had seen Singh, the managing director of United African Marine Insurance Brokers, tampering with an access control mechanism at the La Lucia Ridge business park premises that he leased to Glenrand.

The dispute has its history in civil litigation between the two companies in 2009.

In that case, United African Marine sought to evict Glenrand and, in response, the latter brought a counter-application which contained the tampering allegations.

Singh, who lists high-profile companies as tenants in the many properties he owns, laid criminal charges against Nundalal, Eugene Ramnarayan and Jonathan Perumal, the two other men who put up what he says is the “false, defamatory and degrading evidence” against him.

The director of public prosecutions declined to prosecute the three men.

Now, Ramnarayan and Perumal are listed as witnesses in Singh’s private prosecution of Nundalal.

Private prosecutions are legally complex and very expensive. The prosecutor has to put down a deposit, pay all administration fees and legal fees, and can be left footing the legal bill of the accused, should he or she be acquitted.

They are rare in South Africa and successful ones are even rarer.

This case, before magistrate Anand Maharaj, has already got off to a rocky start, with senior advocates on both sides squaring up on Tuesday in what turned into personal verbal fisticuffs, and Maharaj acting as referee.

The cause of the sparring was an application by Nundalal’s advocate, Gideon Scheltema SC, for the matter to be struck from the roll and the summons “deemed a nullity” on technical grounds.

He suggested that he had information about the process of the issuing of the summons and challenged the private prosecutor to be transparent about this.

Moosa described this as “scandalous” and an abuse of process which should have been dealt with before the matter was set down for trial.

“I don’t have the faintest clue as to what happened (when the summons was issued),” Moosa said, to which Scheltema responded that his “emotional outburst was because he knows when his shoe is pinching”.

Moosa took umbrage: “He must apologise. He is saying I am lying. I will lay a complaint with the Bar council. I will not accept a comment like that.”

He referred to earlier in the proceedings when he had apologised to Scheltema for inferring that he was senile and “in handing him an olive branch” offered Scheltema an opportunity to do the same.

When Maharaj intervened, saying “sorry is the hardest thing to say”, Moosa said: “Not for me. I apologise to my wife a hundred times a day. I am house-trained.”

Maharaj said: “Well, I can’t force him (Scheltema) to do it.”

Scheltema got back on his feet. “He misconstrued the meaning of what I said. I never attacked his credibility.”

The final word came from Moosa.

“He has apologised without saying sorry. But I accept it,” he said. The magistrate will make a ruling on Nundalal’s application this morning.

Should the prosecution be stopped, the law prevents Singh from instituting another private prosecution in the matter although he can still sue in the civil courts.