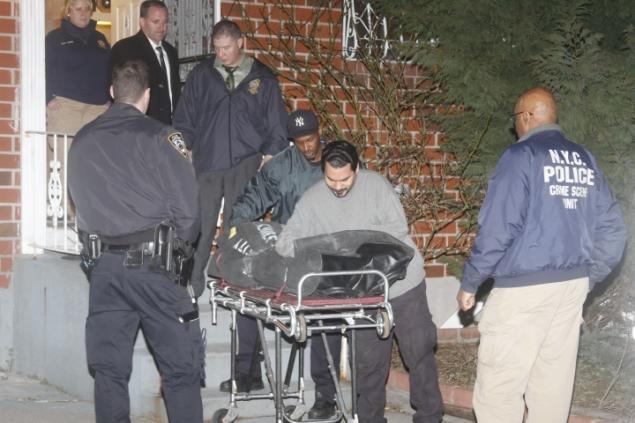 That’s according to Metro Police officials, who conducted a pair of classes in November to address tenant issue for relatively inexperienced landlords.

The idea to advise homeowners to screen tenants developed after Ed Daley, crime prevention specialist for the Southeast Area Command, experienced first hand what a bad renter can do.

Within his neighborhood, a renter moved in and immediately signs of prostitution and drug traffic appeared. A month later, SWAT raided Daley’s neighbor to uncover a drug-dealing business. When Daley asked the homeowner why he didn’t do a criminal background check on the renter, the homeowner asked, “What’s that?”

“There are people out there who don’t know any better,” Daley said. “They think everyone out there is good. They’re naive.”

Metro is not telling anyone who they can or can’t to, but encourages landlords to do their due diligence, Metro spokesman officer Bill Cassell said. Landlords should use their own discretion in deciding who to rent to, but must apply their standards to everyone equally, he said.

“What we’re saying is, ‘utilize these resources to get a global picture of the person who is trying to rent from you.’ Knowing that gives you one more tool in the decision of who to rent to,” Cassell said.

Still, providing such advice is a business issue and not a police matter, said Gary Peck, executive director of the ACLU of Nevada.

Police should neither encourage nor discourage private businesses or citizens from renting to someone because the influence of law enforcement in such decisions could be seen as coercive, he said. The practice also won’t help eradicate crime and makes reentry into society more difficult for those ex-convicts who want a second chance.

“All it’s going to do is dislocate and relocate criminal activity,” Peck said. “Driving people out of one apartment complex means they’re going to end up somewhere else, probably on the street or who knows? If anything, because it makes it harder for people to reenter society, it increases the chances that they’re going to reoffend.”

The state Legislature’s Advisory Commission on the Administration of Justice is studying the issue of former prisoners reentering society and will present a report on the entire Nevada criminal justice system to the governor and Legislature in January.

Reentry is one area the state and social agencies need to improve upon, said Commissioner Richard Siegel, the commission’s inmate advocate.

People who have paid their debt to society often leave prison with no more than $100 to start their second chance at a legitimate life, he said. Reentry is an issue that is just as much the government’s responsibility as incarceration because ex-convicts with a job, money and housing are less likely to reoffend.

“It’s about the self interest of society,” said Siegel, also president of the Nevada ACLU. “Giving people a decent chance at a successful reentry in society is not only beneficial to that person, but vital to the potential victims of that person.”

The class was designed to aid homeowners who want to protect themselves by spotting potential troublemakers, Daley said.

Landlords can discourage problematic tenants by advertising that renters will have their criminal and credit histories checked, by charging an application fee and by requiring two government-issued identifications.

“Attract honest and responsible applicants to come to you,” Daley said. “If bad renters never show up, you never have to deal with them.

“This is your property, you’re the gatekeeper, make sure you’re in charge.”