The husband of murder victim Joan Ryther has received another blow after being told the bond on his rented home has been withheld and he must pay for cleaning costs. 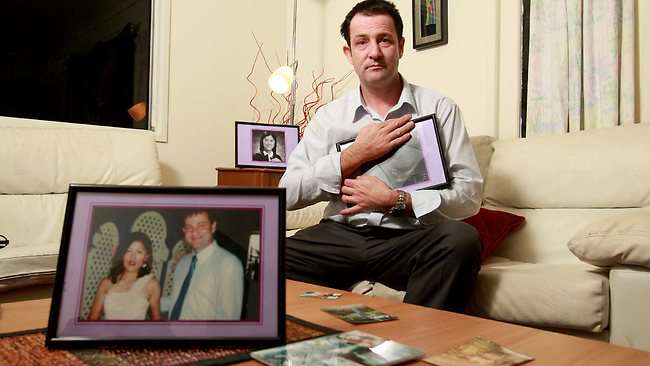 Cory Ryther said he could no longer stay in the Logan Central home following the brutal bashing and murder of his beloved wife while she was walking alone to start an evening shift at a local McDonald’s restaurant in May.

In an email to Logan detectives investigating his 27-year-old wife’s murder, Mr Ryther said he was “very upset’’ by the situation.

He said he had to forfeit bond money for a lack of notice about moving out. Mr Ryther was also not repaid money he believed would be given back to him for cleaning he and Joan arranged when moving in to the property.

Mr Ryther claimed the house was in a far better condition when he left it than when he moved in because support agency the Centre Against Sexual Violence and a professional landscaper had donated their time to ensure it was left clean and presentable.

I can say under the circumstances I was not in the best state of mind before leaving Australia,’’ Mr Ryther said in the email.

He said he was told a month after he moved out that he would not be repaid his bond or cleaning costs.

A spokesman for the estate agency which manages the property, White Knights Real Estate at Logan Central, said he could not comment on Mr Ryther’s situation due to privacy issues but if he could have done something he would have.

“We try and do all we can to help our tenants,’’ White Knights principal Frank Binder said.

It is not known how much notice Mr Ryther gave.

The RTA spokeswoman said it was up to the landlord, not a real estate agency, to decide whether to make a claim on the bond once a tenant had vacated the property and if the required notification period was not met.

She said if the tenant disputed a landlord’s claim the RTA worked to facilitate an agreement through dispute resolution.

A spokeswoman from the Centre Against Sexual Violence confirmed staff from the centre had volunteered their time to “bond clean” the property and pack up Mr Ryther’s possessions.

It’s understood Mr Ryther has enlisted the help of local State member Desley Scott to help him while he remains overseas following his wife’s funeral in the Philippines in June.