Orlando police have identified a person found dead in a College Park home after an arrest was made in connection with the case Wednesday. 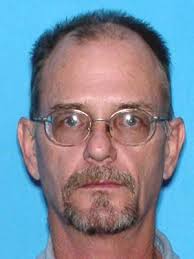 Investigators said they found James Clark dead Tuesday morning in a West Princeton Street home. An arrest was made overnight in the case. Jeremy Hrabal, 37, was booked into the Orange County Jail and charged with accessory after the fact to first-degree murder.

Orlando criminal Defense attorney John Musca told WESH 2 that he has been retained by the family of the possible suspect, Xin Liu, to represent Liu if he’s charged. Musca said Liu will plead not guilty if he is charged.

Hrabal told authorities that his tenant, Liu, let him into the apartment where he saw an unknown person dead. Hrabal told investigators that the tenant who lives above that apartment complained about a foul odor and flies gathering for several days.

When officers arrived, the body was located in the closet of the apartment, and they said based on the strong odor of human decomposition, that the person had been dead for a few days, according to the arrest report.

Liu initially told Hrabal that the smell was dead rats, the report said, but Hrabal confronted Liu again and gave him an ultimatum to be able to check the apartment.

The report said that when Hrabal entered the apartment, he found a large amount of cleaning supplies and found a body on its side.

Hrabal told authorities that the head of the body was “mush,” which investigators interpreted as blunt force trauma.

This article originally appeared on wesh