Colombia has detained an alleged former member of the United Self-Defense Forces of Colombia (AUC) wanted in connection with the murders of dozens of tenant farmers in 2000, police said on July 26. 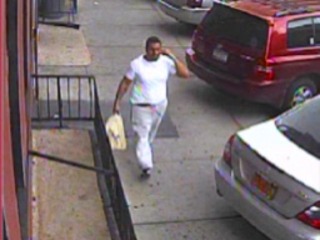 Hernán Cantillo, a 38-year-old who was the target of an international arrest warrant, was apprehended in the northern town of Galapa in the department of Atlántico.

Cantillo, whom police accuse of recently threatening to drive more poor farmers from their lands, allegedly was an AUC member for 20 years.

Founded in the 1980s, the AUC is believed to be responsible for the deaths of thousands of people. Authorities have accused Cantillo of the Nov. 22, 2000 massacre of 36 people in the town of Sitionuevo in northern Colombia under the direction of an AUC boss.

He also is accused of murdering a sociologist in September 2004. The AUC is known for forcing tenant farmers from their land.

Though the group has been officially demobilized since 2006, a large number of its fighters joined criminal gangs that continued its activities.

Before joining the AUC, Cantillo allegedly fought for the country’s two main terrorist groups – the Revolutionary Armed Forces of Colombia and the National Liberation Army.

This article originally appeared on infosurhoy