A city landlord claimed he fatally shot an unarmed black man in self defense, but a jury found otherwise Friday, convicting him of murder. 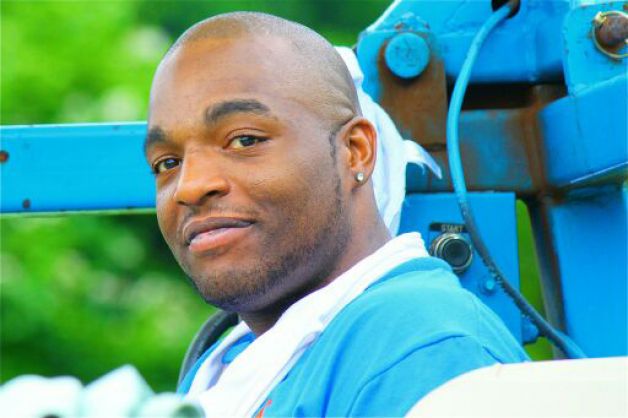 Jimmy Cunningham, 41, had boasted prior to trial that, like George Zimmerman, he too would be found not guilty.

“I’ll be home having a steak dinner when this is over,” he boasted to court personnel in a voice loud enough for everyone to hear.

But instead an astounded-looking Cunningham is now facing up to 65 years in prison for shooting Daniel Speller, the father of a 6-year-old girl, in an argument over rent.

Cunningham cursed loudly when the verdict was read, following a tense two and a half days of deliberation. But Speller’s family gasped “yes,” from the back of the courtroom as the verdict was announced.

Jury foreman Matthew Smith said the Zimmerman-Travon Martin case did not play a part in the jury’s deliberations.

“We thoroughly went through the evidence and it was a very considered verdict,” he said.

Convicted by the jury of seven women and five men of murder and possession of a pistol without a permit, Cunningham is scheduled to be sentenced by Superior Court Judge Maria Kahn on Oct. 25.

“It helps to know that the person who did this is getting justice, but nothing will bring my son back,” said Speller’s mother, Christine, who stood surrounded by her family in the court hallway following the verdict.

“This verdict is a tribute to the hard work by members of the Bridgeport Police Department who had the defendant behind bars within hours of this terrible crime, members of the community who came forward, the state inspectors who put it all together and of course a very conscientious jury,” said Senior Assistant State’s Attorney Joseph Harry. “Justice has been served today.”

Speller, 32, an employee of Hearst Media Services, was killed following the argument on the front porch of a house on Worth Street where he rented an apartment from Cunningham. He was shot in the upper chest, arm and leg after midnight on Aug. 6, 2012.

A neighbor testified he had been playing a video game when he heard shots coming from next door. He said he looked out his window and saw Cunningham in a crouched position facing the porch. He then saw Cunningham grab the victim by the ankle and drag him off the porch.

Another neighbor said Cunningham then forced him to help him load Speller’s body on an outside cooler rack attacked to the back of Cunningham’s Hummer. The witness said he didn’t feel he had much choice about helping Cunningham; he had, after all, just shot someone.

Cunningham admitted on the stand he shot Speller but claimed he did so because he feared for his life.

He said he had gotten into an argument with Speller who knocked him to the ground and began kicking him. As he lay on the ground he said he pulled out a handgun and it suddenly went off, “Pow, pow pow.”

Although the state medical examiner testified the chest wound would have resulted in Speller living no more than two minutes, Cunningham said that Speller ran off after being shot. He said he then went looking for the victim and found him lying against some steps down the street.

Concerned that the victim was seriously injured, Cunningham said he grabbed Speller in a headlock and dragged him to the rack behind his Hummer, hefting the body on it with the neighbor’s help. He then covered it with an old tarp.

Asked by Senior State’s Attorney Joseph Harry why he didn’t put the injured man inside his vehicle, Cunningham replied: “I would have had to take the stuff out that I had in there to get him in.”

Instead of driving Speller directly to St. Vincent‘s Medical Center, Cunningham admitted he took a rather roundabout route because he feared there would be a lot of traffic on Main Street at 1 a.m.

A woman was on her way home from a concert when she noticed a man’s arm sticking out from under the tarp, dragging on the street behind Cunningham’s Hummer, terrified she said she quickly drove home and told family what she saw.

Cunningham testified that in his haste to get the victim to the hospital he took a turn hard only to hear Speller’s body tumble off the rack.

“I got out and saw him lying in the roadway and I began smacking him and saying ‘come on, come on,’ I wanted to make sure he was still alive,” Cunningham testified.

But in fact, Speller had expired. Cunningham said he bungee corded the body back on the rack and, afraid that if police saw him they would shoot him, he said. Then he drove to his grandmother’s house on Priscilla Street. Once there he parked his Hummer in the woods behind the house and began stuffing the body in plastic garbage bags.

“It started to rain and I wasn’t going to let him get nasty,” he explained.