On Monday the Belleville City Council will consider a crime-free housing ordinance. I will be voting against it for many reasons, chief among them is the concept of holding one person responsible for another’s actions. 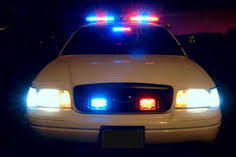 Under the proposed new policy, a landlord will be required to begin eviction procedures against a tenant who has been accused of one or more crimes. If the landlord chooses to use his own judgment and allows a family to stay in their home, he could have his right to rent his own property suspended by the city. The ability to operate his business at that location will have been revoked. His investment will yield no profit because of government interference.

An additional flaw in the logic of forced evictions is requiring it before the proof or conviction for a crime has occurred. Simply because the police are called to a certain address and a form is filled out is not verification that a prosecutable offense has occurred.

This ordinance is not interested in the constitutionally guaranteed right of innocent until proven guilty. The mere fact that the neighbors have been bothered and the Police Department has responded is considered sufficient for action.

Many people may applaud at the “bad guys” being forced to move before they are proven guilty. However, the erosion of rights affects us all.

Another problem with this ordinance is the way it differentiates between Belleville residents who are renters and those who are property owners. Equal treatment under the law is the foundation to our way of life. We cannot and should not be making laws treating the “haves” and “have-nots” by different standards.

I recently attended a meeting at City Hall to deal with the ongoing issue between feuding neighbors in my ward. They were both homeowners, though one of them had a police record with approximately 150 entries. If we are trying to legislate good neighbors, what do I tell those who live near this person? That if he had been a renter we could have solved their problem, too bad he bought his home? This highlights the completely false hope that crime-free housing will fix living situations.

Most inhabitants of Belleville are not aware of the numerous letters we have received on this subject from state and national organizations. We have been warned many times that this ordinance will subject the city to liabilities and lawsuits. It unfairly discriminates against low-income residents, discourages residents from calling the police on domestic issues and denies due process.

Although residents of Ward 2 have told me I must pass this legislation to protect them, I see voting against it as the greater protection. It is clear this will not fix our problems, but it does expose us to the arduous and expensive task of defending the inevitable lawsuits. Avoiding that path seems the wiser choice.

This ordinance proposes collecting fees from landlords for services the Police Department already offers for free, but does not guarantee where the money will be spent. Although a great deal of discussion has implied that Belleville will hire more policemen, nowhere does any part of this ordinance require it.

Landlords are also required to do criminal background checks on everyone in a household who is at least 18 years old. No latitude is given for renting to relatives or allowing the landlord to use his own methods for choosing tenants. The ordinance doesn’t prevent him from renting to someone with a criminal record, just requires him to expend the funds to acquire the information.

In short, the government is requiring more documentation on more people, limiting commerce, forcing evictions without evidence of a crime, ignoring due process and collecting unencumbered funds, all at the same time.

So what should we do? Evenhandedly enforce our current ordinances. If a property is run down, deal with the owner. If a crime is committed, deal with the offender. Putting the words “crime-free” in a title will not make it so. Trading privacy and free commerce for the illusion of safety is a poor bargain.

I will be voting no and I encourage my fellow aldermen to join me. Melinda Hult is an alderwoman for Belleville Ward 2.