Residents, landlords and city officials have spent more than the past year debating the fine print of a Belleville crime-free housing ordinance. 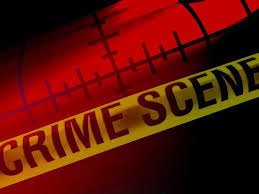 After several revisions, the proposed ordinance will come before the full City Council for a vote on Monday.

The meeting is set for 7 p.m. in the Council Chambers at City Hall, 101 S. Illinois St.

Proponents say the ordinance will force landlords to be accountable for tenants’ actions and keep city officials in the loop of problems; lower crime and nuisance issues at rental properties; and improve the quality of life for tenants and protect the property value of surrounding homeowners.

Opponents say the ordinance disproportionately targets renters, especially black tenants, and not homeowners; inadvertently affect victims of crime such as domestic violence; and unfairly require landlords to evict tenants based on criminal charges instead of convictions.

The ordinance would require owners or landlords to take a class to get a crime-free housing certificate. They would also have to register each rental unit yearly for $25.

The city would use this money, and funds from violations, to hire another Housing Department police officer and upgrade the Police Department’s records management system.

Rose Wilson, a resident of the Franklin Neighborhood in Belleville, said she fully supports the proposal.

“I’m trying to protect what I’ve built all my life,” Wilson said. “Our home values are decreasing. In my neighborhood, homes worth $80,000 are selling for half and less, or not selling at all.”

In recent years, residents in the area have seen everything from home arson cases and fights on their porches to teens setting trash cans on fire and “mouthing off” older neighbors, Wilson said. The majority of the problems stem from people who live in rental property.

“It’s difficult to live in a neighborhood where you live in fear,” Wilson said. “I’d like to stay here as long as I can. But some landlords are not responsive to anything.”

Wilson said she saw an improvement when a “responsible” landlord bought four buildings across from her home and did not hesitate to make people move when they caused problems in the neighborhood.

Wilson also said she appreciates that the ordinance calls for the city to keep a record whenever officers respond to an incident at a rental unit and notify the landlord of such occurrences.

Ward 2 Alderwoman Melinda Hult is opposed to the proposed ordinance. Hult said parts of the ordinance calls for too much government interference and she also wants the city to heed warnings that the ordinance will place the city at risk for lawsuits.

At an aldermanic Ordinance and Legal Review meeting last week, Hult said it was unfair for the city to require landlords to immediately take steps to evict a tenant before a criminal charge works its way through the court system.

Tenants and guests would have to sign a crime-free rental agreement addendum stating they will not commit, engage or permit any felonies or Class A misdemeanors on site.

And, landlords must remove tenants charged with a felony or misdemeanor, four city ordinance violations in a 6-month period or otherwise violates the addendum.

City Attorney Garrett Hoerner has said state law already allows landlords to begin the eviction process without waiting for a conviction and tenants can fight the eviction.

At the same committee meeting, Ward 4 Alderman Jim Davidson said it is the city’s responsibility to regulate issues when they affect a greater whole.

Davidson said, for instance, someone could freely drink alcohol at home, but when the person gets behind the wheel and could potentially affect others, that’s when the law steps in.

Davidson said most renters in the city do not cause problems, but a bad tenant could affect everyone on a street — residents of the same apartment complex and owner-occupied residences alike.

Rick Brown, who owns rental property in Belleville, is concerned the proposal doesn’t treat everyone fairly.

Brown, who is white, believes it targets black residents more than white residents and has dubbed it the “black-free crime ordinance.”

Resident Walter Hood Jr. said he doesn’t agree with Brown and others who say the ordinance is institutional racism.

“Some people seem to think crime-free housing is biased against black people,” Hood said. “Well, I’m black and I don’t think it’s biased at all.”

However, asking landlords to start the eviction process for residents who have not been convicted of a crime does give Hood some pause, but, he said, it is not enough of an issue for the city to scrap the whole crime-free plan.

“It’s giving the landlord more power than the court,” Hood said. “That part might need to be tweaked — you don’t need to rush to judge and put people out — but don’t scratch the whole program because that part seems a little iffy. I think it’s a great tool. You gotta start someplace.”

The proposed ordinance has a sunset clause of 2017, in case the program isn’t effective. Hood feels the document should be one that remains in place, but that the city should just modify the ordinance over time as officials figure out what is effective.

Hood lives by an apartment complex near 38th and West Main streets and he’s tired of the overcrowding that leads to issues such loitering or noise and trash violations.

The ordinance would require landlords to do a background check on tenants older than 18. Hood said tenants shouldn’t mind the background check: “Nobody wants to live next to a child molester or murderer.”

Hood also believes the ordinance will combat issues such as cars stopping for minutes at a time outside the complex at night, signaling drug activity.

“When you come home at the end of the day, you don’t want to come home to condoms and syringes,” Hood said. “But the landlord’s attitude has been, ‘How do you know it’s my tenant doing it?'”

Hood said he would actually like the crime-free proposal do more to penalize landlords who do not maintain their properties per city code.

City officials and a crime-free housing task force have worked on crafting an ordinance since at least 2011.