Nancy is a single mom struggling to raise two young children with autism. When an emergency with one of her kids arose she called on her tenants for help. 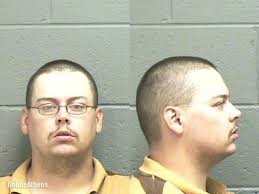 While the 10-year-old boy was in the care of Melissa Nicole Jones and Matthew Wilson Freethy-Swimm, Athens-Clarke police said the couple sexually assaulted him.

According to Nancy, her son told her that Freethy-Swimm held a knife to his throat while Jones had sex with him.

Jones purportedly later bragged about “taking the virginity of a minor,” according to Nancy. The woman had no idea what happened to her son for a few weeks.

In mid-June, her 9-year-old suffered a “severe meltdown” and had to be taken to his doctor. The doctor wanted the boy to go to Athens Regional Medical Center for further evaluation and treatment, and possibly be institutionalized out of town.

Amid the chaos, Nancy said she needed someone to take her older son home until she could deal with the situation. With no family in the area, and everyone she knew locally unavailable, she called on Freethy-Swimm and Jones to help out.

The couple had moved in a month earlier to an efficiency apartment Nancy created at her eastside Athens condo. Both had presented her with documentation of clean criminal histories.

“This was the one and only time I ever left any of my children alone with them,” Nancy said. “This was an emergency and there was no one else available I could turn to.”

After the suspects picked up the boy, Nancy kept in regular touch.

“I was on phone with them every 30 minutes, asking if I had to send my partner to pick (my son) up, but they were like, ‘No, he’s fine, he’s fine,’ ” Nancy said. “If I wasn’t calling I was texting them if I was in an area of the hospital where I couldn’t use the phone.”

It turned out that her younger boy didn’t need to be institutionalized, and when the episode he’d been going through de-escalated, Nancy said she returned home late at night and was told by her tenants how well things had gone.

“They said they got (her son) to take a shower and that he did really good,” Nancy said.

In the days that followed, Nancy noticed her son was acting a little strange.

He wet his bed, she said, but a pediatrician told her that probably had to do with the child’s under-developed bladder.

It wasn’t until about three weeks later when what really troubled the boy started to come out.

On July 17, while Nancy and her partner were preparing to go out to dinner with the children, the alleged victim bolted out the door and confronted Freethy-Swimm, Nancy said.

“He said to Matt, ‘You forced me to have sex with your wife,’ ” according to Nancy.

The child was so worked up that Nancy said she and her partner struggled to get him away from the tenant.

“I told Matt he needed to get out of my house and that I was going to get to the bottom of this, and he threw racial slurs at me and my girlfriend, said he was going to send the KKK and burn crosses on my yard, though I don’t know what that means to the gay community,” Nancy said.

“We really saw his true colors that day,” she said. “When we finally got the boys locked in the van I called the police, but Matt squealed tires out of there before they came.”

Officers explained the eviction process to Nancy and how to get a temporary restraining order.

By the time she went to court, however, Nancy said her son told her about what the tenants had allegedly done to him.

“(He) verbalized what happened to him,” Nancy said. “The details he gave were very advanced for a 10-year-old.”

The mother did not immediately go to the police, saying she first brought her son to his therapist to make sure he didn’t make up the sexual assault story out of anger.

Certain that her son was being truthful, Nancy said she went to court on July 23 to begin eviction proceedings and file a petition for a protective order.

She had to return to court on Aug. 12 for a hearing on her protective order petition. When the judge learned what her son alleged happened to him, Nancy said the judge told her to go to the district attorney’s office. A prosecutor then notified police.

A forensic interview was conducted at The Cottage Sexual Assault Center and Children’s Advocacy Center. What the child had to say convinced police to he was telling the truth.

“The boy knew what was going on, and we believe that the evidence corroborates what he said happened,” said Lt. Mark Magnuson, commanding officer of the Athens-Clarke police Sex Crimes Unit.

After the interview, conducted by someone who specialized in interviewing children with autism, police sought warrants charging Freethy-Swimm and Jones both with felony statutory rape and child molestation. The man was additionally charged with aggravated assault and the woman with sexual battery.

Though the couple had presented Nancy with criminal history reports that showed no felony convictions, police learned there was a warrant for Freethy-Swimm’s arrest out of a town in Massachusetts, where he was wanted on a charge of assault with a deadly weapon.

Athens-Clarke police said Freethy-Swimm left Massachusetts, and after arriving in Athens with Jones lived out of his van until finding Nancy’s ad for the efficiency apartment she was leasing.

By the time a judge signed warrants for the arrests of Freethy-Swimm and Jones, the pair had moved out of Nancy’s condo since the protection order forbade Freethy-Swimm from being within 100 yards of Nancy and her children.

Police issued a lookout, and on Sept. 14 Freethy-Swimm and Jones were arrested after a patrol officer spotted their van in the parking lot of Walmart on Lexington Road, police said.

They are being held at the Clarke County Jail without bail.

Anyone who has been sexually assaulted or knows someone who has can contact The Cottage Sexual Assault Center and Children’s Advocacy Center. The agency provides a range of services to child victims of sexual and physical abuse, and also young witnesses to domestic violence and violent crime. All services are free and include medical accompaniment, advocacy, referrals, counseling and support groups.