Following the recent revelation that hardened criminals were taking shelter in the city by renting accommodation, the men-in-khaki have decided to approach landlords and make realize the importance of verifying credentials of tenants before renting them accommodation. 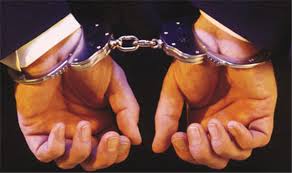 Hardened chain-snatcher Shivshankar, a native of Kydganj, had rented an accommodation near Daraganj to hide his nefarious designs. When police nabbed Shivshankar, who was wanted in connection with more than a dozen cases of chain-snatching, the officials were dumstruck to find that he was operating from a rented accommodation.

This was not an isolated case. Three days back, district police had nabbed a notorious auto-lifter, who too had been operating from a rented accommodation in Dehat pocket to hide his activities.

Last year, the police had nabbed three hardcore robbers involved in a Rs 2.50 lakh loot case. Despite owning a house in Dhoomanganj locality, the trio was staying in Khuldabad area. Officials admitted that law-breakers were renting accommodation on city outskirts and even slums on nominal rates. It offered them an easy operational area as landlords were seldom interested in inquiring about their activities, profession and background.

SP, crime, AK Pandey said “every landlord must inquire credentials of tenants before renting them accommodation’. He added that thana in-charges had been ordered to launch tenant verification drive in their respective jurisdiction.

Pandey further added “Verification is a basic concept of policing and cops should be more sensitive towards it”. He also added “successful implementation of the scheme would enhance cops’ acquaintance with the people and they would be able to get feedback from the populace.”

Pandey claimed that the police would launch the drive from next month and thana cops have been issued a set of directives in this regard.

Cops said that the drive would be launched in both urban and dehat areas like Khuldabad, Shahganj, Kareli, Civil Lines, Dhoomanganj, Cantt, Kydganj, Mutthiganj, Attarsuiya, Georgetown, Shivkuti and Daraganj and cops would ask landlords houseowners to get the credentials of the tenants verified.

The flip side of the story was that the previous such drives had failed to yield desired results as hardly 17% landlords had approached the police to get the credential of their tenants verified. Verification of tenants staying in apartments and colonies never saw the light of the day.

A senior crime branch official said “This is a preventive measure. It can help police as well as house-owners know about tenants and help in curbing crime to a considerable extent.”

It came to light that criminals prefer rented accommodation in semi urban localities to dodge the police. In some cases, they have also tried to induct the landlord into crime through lucrative offers. This was revealed when a sensational kidnapping case was worked out in posh Georgetown area last year.

A senior cop said that the aim of the exercise was to identify criminals living as tenants.

He further added “with more and more people and young professionals moving to Sangam City as tenants, it was imperative for landlords to keep proper documentation of their tenants.” He further claimed, “Over a year or so, a few of the crimes were traced to tenants living in city’s posh areas and outskirts without proper records.”

In 2012, police had conducted surprise checks at various lodges, inns and guest houses. During the drive, a number of occupants failed to prove their identities.

Officials pointed out, “Most of the gangs operating in the city areas use rented accommodation to operate their activities and offer handsome amount to landlords.” They further said that in three cases landlords were found to be sharing the profit of criminal incidents. These landlords were later booked, they said.

Alarmed by the revelation, senior cops have decided to launch tenant verification drive once again. The police have asked all landlords to approach their nearest police station and get the credentials of their prospective tenants verified before offering them accommodation.

The cops are also mulling to make tenant verification drive compulsory. However, citizens too need to exercise caution when it comes to security.