The owner of suite 1505 in Surrey’s Balmoral Tower testified Thursday that he kicked out a suspected drug dealer but then let the tenant’s friend and her boyfriend move in. 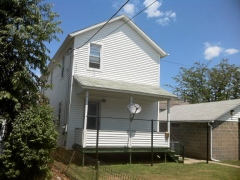 Ceasar Tiojanco told B.C. Supreme Court Justice Catherine Wedge that he evicted tenant Sean Corbett in early 2007 after the building managers told him Corbett had a grow-op in another apartment.

“Since the manager notified me about the involvement in illegal activity, I told him he has to move out,” Tiojanco testified on Day 4 of the Surrey Six murder trial.

“And then (Corbett) introduced me to Desiree, who he said is a good person and would be good to take over the tenancy, and I agreed.”

Six people, including innocent bystanders Ed Schellenberg and Chris Mohan, were shot to death in Tiojanco’s suite on Oct. 19, 2007.

Charged with first-degree murder are Cody Haevischer, Matthew Johnston and Michael Le, who the Crown submits plotted to kill rival trafficker Corey Lal and then shot five others who were present so there would be no witnesses.

Tiojanco said Desiree later introduced him to her boyfriend, Raphael Baldini, and told him Baldini would be moving in.

“Sometime in June, Desiree informed me that she would be moving out and that Raphael’s cousin would be moving in,” Tiojanco said, adding that he was given the name Chris Baldini for the new tenant.

Answering questions from lead prosecutor Mark Levitz, Tiojanco admitted that “Chris” looked nothing like Raphael, who was white, about 5-foot-10 and between 25 and 30.

“I am sure he’s not Italian like Raphael,” Tiojanco said of the tenant he knew as Chris.

He described Chris Baldini as looking more like Mohan, the Fijian-Canadian neighbour who got caught in the gangland massacre.

Tiojanco said he collected rent for August from the purported cousins at the door of 1505.

“They each dug into their pockets and gave me the rent money … in cash,” Tiojanco said.

Chris Baldini paid the rent on his own for October, also in cash, he said.

Just six days before the murders, Tiojanco did his biannual inspection of 1505 after giving advance notice to the tenants. He said nothing was amiss in the suite, which the Crown

submits was a stash house for a drug gang.

Tiojanco was also in touch with Raphael Baldini just before the murders as he wanted to ensure someone was home for the inspection of the gas fireplace in the unit, which was being done by Schellenberg.

Raphael told him his cousin would be in 1505 when Schellenberg arrived on the afternoon of Oct. 19.

Tiojanco said he was first interviewed by police about 11:30 the night of the murders.

He told them he had talked to Baldini on his cellphone after learning there was a problem at the Balmoral from his daughter, who lived in another suite there.

Defence lawyer Mike Tammen, representing Johnston, asked Tiojanco why he only mentioned a “single solitary phone call” to police when records later showed he talked to Baldini six times between 5:15 and 11:07 that night.

Replied Tiojanco: “I don’t believe they asked me if Raphael phoned me.”

Also Thursday, Eric Akai, a close friend of victim Ryan Bartolomeo, testified that he had been planning to meet his buddy later on Oct. 19, after Akai got off work.

He testified that he called Bartolomeo sometime between 2 and 2:30 p.m. the day he died to make plans.

“You did not detect that he was fearful during that phone call?” Buck asked.

“No,” Akai replied. Buck earlier challenged witness Katie Bott, another Bartolomeo friend, about her testimony that he was involved in the drug trade.

Bott testified that she saw Bartolomeo, her friend since Grade 8, put drugs into a messenger bag, leave the house and come back without the bag.

She presumed he was dropping off product.

She suggested she may have forgotten because she was so upset about Bartolomeo’s murder.

“I had just been crying all night and I was forced to come down,” Bott said. “My parents made me come down the stairs and talk to him.”