Haisler: No easy fix for landlord-tenant issues in Woodstock, Harvard

There’s been a lot of discussion lately about renters and landlords, including in Woodstock and Harvard. Some talk about how awful renters are and how towns should ban renting or how renters are the cause of violent crime. 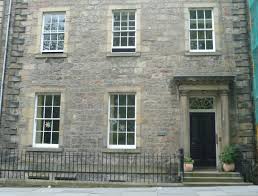 The reality is that most tenants are good, hardworking people. They have jobs, send their kids to school and work very hard to make ends meet. They aren’t criminals or gangsters.

Most often renters are either down on their luck people who are struggling to get back in the good or young people just starting out on their own. Most recently, of course, a large segment of renters is composed of those who have been displaced from their homes. Taking this to the extreme, there are people all over the country, and even the world, who were displaced by Hurricane Katrina and Hurricane Sandy. Their homes are gone and they’re forced to find shelter where they can. Bringing it back to McHenry County, some residents have been displaced from the floods we’ve endured in recent years. More likely, locally displaced residents went through the downturn in the economy. They lost a job or had hours and/or pay cut. They had trouble making ends meet and then couldn’t make the mortgage payment. That went on for a few months and then for a year or so and soon enough they were being forced from their homes.

I think we all know at least one family in this situation. This doesn’t make them bad people. This doesn’t mean they are going to commit crime or bother their neighbors. In fact, they’re likely very good tenants who have pride and pay rent on time.

Another large segment of renters is the retired community. A number of reasons have made renting an option for the retired. Frankly, many actually choose it. Renting gives them freedom from home maintenance. They know if there’s a problem, they can make a call and have it fixed. They no longer have to worry about yard work, either. Some, though, have been forced into renting, not unlike the aforementioned displaced segment. Many seniors live on fixed incomes. That is, they get a set amount of income monthly from Social Security or a retirement plan. These seniors have no real ability to make more money. So what happens to them when, as an example, property taxes increase? How do they compensate? Perhaps they stop getting cable TV.  Then the next year when property taxes increase again, what do they cut back on? Car, phone, food? Unfortunately, many homeowners on fixed incomes have, literally, gotten taxed right out of their homes. By renting they can fix their payment for multiple years in some situations. This feature of a lease is very helpful when planning a budget.

One of the best things about renting is the flexibility is offers. You could, if you really don’t mind moving, change your house every year. You could live in Florida one year and pack up and move to California the next, with little worry about the cost or time to sell your home. It is doubtful this is really the rationale for most to rent. However, it would be fun to try.

Let’s look at the other side for a moment. Why would someone become a landlord? For this, too, there are several reasons. Likely, most landlords chose to do so. They recognized that renting might offer them some financial benefits. How cool is it to have someone else pay the mortgage, including taxes, so you can earn appreciation on a property? It’s free money, right? Smart investors do just that. They leverage other people’s money. First, they likely have a mortgage on the home so they’re leveraging the bank’s money – and at today’s interest rates, it is very appealing to do so. Then they leverage their tenant’s payments as mentioned above. Sounds great, but there’s risk too. What if those taxes we talked about keep increasing? What if property values decline? What if there is a major expense that the rent just isn’t able to cover? Oh, let’s not forget the tenants that take off in the middle of the night owing a month or two or three of rent. It can be a tough business, but the risks may be worth it.

Why, then, might a landlord end up being a so-called “slum lord”? That’s a term for those landlords who just take, take, take and don’t give back. They run the property into the ground by not doing any repairs, sometimes not even paying utilities or fixing broken furnaces.

The simple fact is that renting works for many people. Most landlords treat tenants fairly and most tenants pay their bills. But there is an exception to every rule and there are bad apples in every bunch. No law can be changed that will fix that.

So when we hear about towns, such as Harvard, looking to pass ordinances to stop crime in rental areas, there’s no silver bullet. When tenants speak up, as they recently did in Woodstock, complaining about bad landlords, there are already laws to protect them and avenues for them to get out of their lease. In the end, this is life; there’s no quick fix to any of these issues. They can choose where they want to live, and they can choose to move on if they don’t like it. We’re so very lucky to live in a country where we have rights, choices, and the ability to write about them.

This article originally appeared on nwherald