A man being treated for mental health problems who killed a co-tenant at an illegal boarding house told a police officer of a threat to kill days before the fatal attack, a court has heard. 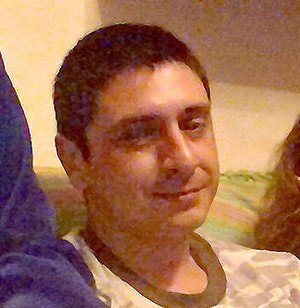 But the inquest into Pedro Arcos-Vazquez’s death heard the police officer did not consider the threat serious because of the manner in which it was said, and because he said immediately afterwards he did not mean it.

Mr Arcos-Vazquez’s widow Judy Joseph described revelations that threats against her husband were made days before his death as “shocking”.

“It makes me feel awful,” she said on Tuesday. “Police have to take threats seriously. This wasn’t a spur of the moment thing. They had Pedro’s record because they had come to the house before and they knew he was unwell. The other guy would have been known to them too.

“I can’t believe nothing was done. A threat is a threat and they should have looked into it and taken it seriously.

Mr Arcos-Vazquez, 41, was stabbed to death at a Clarinda boarding house, where he was living while being treated for mental health issues. The father of two was attacked by a fellow tenant on November 9, 2010.

The man who killed Mr Arcos-Vazquez, who cannot be named, was found not guilty of murder in the Victorian Supreme Court by reasons of mental impairment. He is having treatment for mental health issues.

On Tuesday the Coroners Court heard that two police officers twice went to the boarding house in the weeks before the attack, in response to reported altercations between Mr Arcos-Vazquez and the man who killed him.

During the second of these visits, the man complained of being bitten by Mr Arcos-Vazquez and told a third officer, Sergeant Kevin Bell, that he would kill his co-tenant if there was more trouble.

Sergeant Bell said he would have contacted a crisis assessment and treatment team or arrested the man if he had reason to believe the threat was serious.

Within two days the man attacked Mr Arcos-Vazquez, and went to Moorabbin police station to confess, the court heard.

But counsel assisting the coroner Naomi Hodgson said the man withdrew the admission, and it was not until November 11 that the victim’s body was discovered by another tenant at the boarding house.

Constable Frederick Cantsilieris, who twice went to the house before Mr Arcos-Vazquez was killed, told the court he suspected both men had mental health issues but had no reason to notify a crisis assessment team, or a mental health agency because the altercations did not seem that serious and there appeared no signs of further trouble.

Ms Hodgson said the inquest would focus on the treatment Mr Arcos-Vazquez and his killer were receiving and whether police should have taken a different approach during their early visits to the house.

State Coroner Ian Gray also asked if it would be possible to have people’s mental health issues displayed in a police database.

In May Fairfax Media reported that the house’s owner did not have a permit to use the property as a boarding house at the time of the death, and was still operating illegally this year.

The chief executive of Kingston Council, John Nevins, confirmed then that the property had not been registered as a rooming house in the five previous years, and that the council had begun an investigation.

Kingston Council Acting CEO Paul Franklin said on Tuesday that the investigation deemed the property was an illegal rooming house and the matter was referred to Consumer Affairs Victoria.

Mr Franklin said the house’s owner applied to register the property following the investigation but later withdrew the application. The council said a recent inspection deemed the house was no longer being used as a rooming house.