A Bozeman woman convicted of attempted murder for shooting a former tenant twice has been sentenced to prison. Diana Arnold, 59, hoped to serve her time at the Montana State Hospital in Warm Springs and one day return to society. 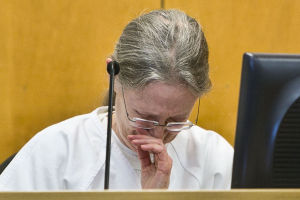 Instead, Arnold was ordered to serve 100 years at the Montana Women’s Prison in Billings. Arnold claimed to suffer from a dissociative personality disorder. On May 30, 2012, she broke into the home of Henry McDunn, her former tenant, and shot him in the head and chest.

Arnold was calm and composed during her sentencing. She read a letter of apology to the McDunn family, and said she hopes one day she can again be a contributing member of society.

Before District Judge John Brown sentenced Arnold, he said he believes Arnold intended to kill both McDunn and his wife, and that her mental issues were not enough to absolve her of the acts.