New legislation will favour those with problem tenants

New legislation will swing things in favour of landlords who have problems evicting problem tenants, according to a Bourne-mouth lettings agent. 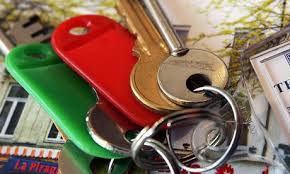 Bournecoast said police rep-orted that last year, 2.3 million occurrences of anti-social be-haviour in England and Wales were reported – the equivalent to around 6,300 incidents every day – and that’s just the incidents that were reported.

“Clause 89 of the Anti-social Behaviour Crime and Policing Bill 2013-14 will introduce a new obligatory ground for possession by private landlords, where a court will have to grant an order for conviction if any one of five conditions are breached,” said Simon Tebbutt of Bournecoast, pictured right.

The five grounds are: n The tenant, a member of the tenant’s household or a person visiting the property has been convicted of a serious offence.

– The tenant, a member of the tenant’s household or a person visiting the property has been found by a court to have breached an injunction to prevent nuisance and annoyance obtained under Clause 1 of the Bill.

The tenant, a member of the tenant’s household or a person visiting the property has been convicted for breach of a criminal behaviour order.

– The tenant’s property has been closed under a closure order obtained under Clause 73 of the Bill and the total period of closure was more than 48 hours.

– The tenant, a member of the tenant’s household or a person visiting the property has been convicted of a breach of a notice or order to abate noise in relation to the tenants’ property under the Environmental Protection Act 1990.

Clauses 90 and 91 will give new provisions to enable a landlord to seek possession where a tenant – or a person living in or visiting the tenant’s home – is guilty of conduct likely to cause nuisance or annoyance to the landlord, or someone employed in connection with the landlord’s housing management functions, where the conduct relates to or affects those housing management functions; in other words, even if an offence has been carried out away from the rental property, there would be absolute grounds for eviction.

Also, a landlord will be able to evict a tenant who has been convicted at the scene of a riot anywhere in the UK.

The new law had its second reading in June and is now being fine-tuned.