The case of an Allegan County landlord previously charged in the fatal shooting of his tenant will not be prosecuted. 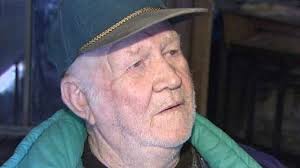 Both Allegan County Prosecutor Fred Anderson and the defense attorney of Marion Conley confirmed Thursday that that the case against Conley had been dropped on Wednesday.

In March, Conley, 79, was charged with the murder of 37-year-old Jody Snyder. Snyder’s body was found in the home he rented from Conley in Valley Township.

According to court documents, Snyder had been shot twice in the head with a gun that Conley’s wife told investigators could be found at Conley’s home. But police never actually recovered the gun.

Prosecutor Anderson told 24 Hour News 8 that his office dropped the case not because he thinks Conley is innocent, but rather because he doesn’t think he can get a conviction.

Authorities don’t have murder weapon and can’t place Conley at the scene of the crime.

Anderson said that had he gone to trial with the case, he ran the risk of a jury finding Conley not guilty. Then, no matter what new evidence was ever found, Conley could not be tried again under the Double Jeopardy Clause of the Fifth Amendment.

Susan Prentice Sao is representing Conley. She said they were surprised that prosecutors decided not to move forward with the case.

“We have always maintained our clients innocence in this case,” she said.

And in fact, the day after Snyder’s body was found, Conley told 24 Hour News 8 he wanted to know who did it.

There are facts in the case that have never been disputed: Conley was in the process of evicting Snyder, partially for damage to the house. The two had argued  loudly and there were witnesses to Conley’s temper.

But none of that means Conley is guilty of homicide.

“You can have arguments. That doesn’t always lead to murder,” Sao said. “The evidence was never here to charge him with this crime.”

Lisa Ison, who was once married to Snyder, is convinced Conley killed him.

“We’re pissed. Everybody is pissed,” she said.

Anderson said he spoke with Snyder’s family about the decision to drop the charges, and while they weren’t happy, Anderson said they understood and didn’t want to rush the case to a jury.

“There is really nothing we can do right now,” Ison said. “It’s just a lack of evidence.”

The case against Conley was dropped without prejudice, which means it could be refiled in the future.