Increased criminal activity in a few multi-family buildings has led the Village of Oak Park to consider if it should adopt a crime-free housing ordinance. 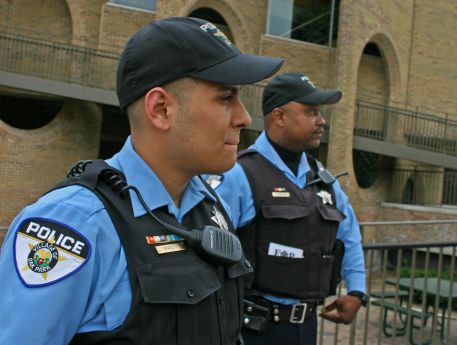 Oak Park’s Housing Services Manager Tammie Grossman, who presented this concept at Monday’s village board meeting, said the village’s Building Improvement Committee has begun reviewing the issue and studying what nearby communities have done about the matter. Several communities, she said, have a mechanism to enforce a crime-free housing program that gives landlords additional tools to ensure they don’t have to keep problematic tenants.

Staff is recommending that the Village of Oak Park establish a crime-free housing program to give rental property owners additional tools to effectively manage their buildings and reduce the incidents of criminal activity. Grossman said the committee, which has representation from staff across village departments, has been working with building owners who have experienced problems because of criminal activity.

The ordinance could allow for landlords to conduct criminal background checks, credit checks and checks for past evictions before offering a lease agreement to a tenant. It would also include a crime-free lease provision that gives landlords the power to end the lease if tenant-related crime occurs.

Another aspect of the ordinance, as suggested by staff, could be to require all multi-family building owners and property managers to be licensed and attend the village’s Annual Management Seminar. It currently only requires those with four or more units to attend.

“We’re hoping by giving them tools it wouldn’t get to the point where it’s a nuisance property,” Grossman said. “They can say to the tenant this is a crime-free building.”

Grossman said giving landlords more power over this provision could lessen the police involvement needed in certain issues and allow for the matters to be addressed more quickly so the problems don’t escalate. Oak Park Police Chief Rick Tanksley spoke briefly Monday in favor of the measure.

“I am very supportive of this ordinance,” he said. “I think it would take the burden of us in the long run.”

Trustees were generally supportive of this measure, but Trustees Glenn Brewer, Colette Luck and Ray Johnson expressed the need to have a fair-housing clause attached to the ordinance. In theory, Brewer said, the policy makes sense but enforcement could cause other consequences.

“How do we prevent discrimination?” he asked.

Grossman said the ordinance is meant to encourage landlords to take control, but does not dictate they have to. In general, she recommends all landlords conduct criminal and background checks before signing with a tenant.

Lueck, who doesn’t oppose the ordinance, said the criminal background checks are a good point, but questioned where the ordinance requirements should ensure the language is clear and doesn’t allow for too much interpretation by the landlord.

“There is a line there between wanting to discourage people who are going to continue to commit criminal activities to be able to reside in Oak Park and those who are trying to turn their life around being able to live in Oak Park,” Lueck said.

Village Attorney Paul Stephanides said the ordinance wouldn’t require the criminal background check, but it could give the landlord the power to attach it as an addendum to the lease that states no criminal activity would be tolerated.

Because the matter was up for a first reading no vote was needed on the measure. It will come back for final vote at a later meeting.