The tenant registration portion of a proposed city ordinance dealing with rental properties has been removed, according to city officials. 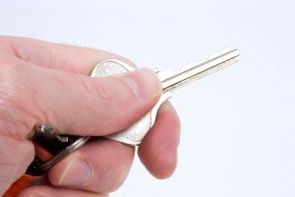 Minutes after the announcement Thursday during a news conference convened by Mayor Gabriel J. Campana, Council President Bill Hall took a dim view on adding bureaucracy that may not be enforceable saying there are other methods of keeping drug dealers out of the city and penalizing landlords who violate city code.

City police Capt. Timothy Miller, who has been working on a draft of the proposal for the past eight months, confirmed during the news conference on crime prevention held by Campana Thursday that any requirement for tenants to register with the city Codes Department has been removed from the proposed ordinance.

however, remains a critical component of the ordinance, according to Miller.

“Landlords are the first line of defense against crime,” Miller said. “They can intervene before police.”

At the conference, Campana unveiled a list of Philadelphia’s Most Wanted individuals. He said he would advertise and publish them in local media.

“This is the most important piece of legislation I’ve brought before council in my 5 1/2 years in office,” Campana said of the proposed rental registration ordinance.

“It seems to me there are more effective ways to deal with crime then by putting more laws on the books and adding bureaucracy, be it bad tenants or landlords or whoever,” Hall said, not commenting on the most wanted list.

“We don’t have to find these heroin dealers and arrest them, all we have to do is pressure them to move out and you do that with the codes, cops and neighbors staying on their backs,” Hall said. “The first line of defense is the crime watch groups and the second line is codes.”

Hall said he would support additional officers working in codes enforcement. “There are laws on the books that allow codes personnel to issue citations to violators,” he said. “We can fine people but can’t do that to our full extent because there are not enough people in the codes department.”

“It sounds like the changes he (Mayor Campana) is suggesting regarding the proposed rental inspection ordinance are reflective of input he received from council and the general public,” Councilman Jonathan Williamson said.

As for the list of wanted individuals, Williamson said he would support any inter-governmental cooperation between government entities as a means to reduce crime. “It seems the most wanted lists done for the county and district attorney’s office have been effective,” Williamson said. “Expanding that program to include those most wanted who don’t reside in the area but who may find themselves in the area seems to me to be clearly be worthwhile, he said.

Councilman N. Clifford “Skip” Smith, who was at the conference and chairs the Public Safety Committee that will view the proposed ordinance first, said he supported Miller’s efforts to spread the information and more widely distribute it to all available media.

“I am encouraged by the administration’s flexibility on the issue,” Councilman Randall J. Allison said.

Allison expressed his appreciation for Miller’s work and said council will have to find a way to address the problem of irresponsible landlords.

“I just hope we don’t lose any of the teeth of the proposed ordinance,” said Councilwoman Bonnie Katz, who was pleased about the removal of the tenant registration section. “I am happy the administration looked at this and looked at what many landlords had requested,” Katz said. “We continue to have tenants moving in and out but we want to look at the landlords who are not taking care of their properties.”

Councilman Don Noviello has expressed constituents he spoke to were concerned about the public accessing registration information, and whether the codes department had adequate staffing and resources to manage the endeavor.

“Because the full body of council has yet to review the ordinance in a formal fashion and because the ordinance is still being revised, I can’t say for sure what my opinion of the ordinance will be,” Councilwoman Liz Miele said. “However, I applaud the administration’s efforts to respond to the many concerns expressed by the citizens of Williamsport about this ordinance.”

This article originally appeared on sungazette