A 90-year-old Athens man spent a night in jail, along with his two daughters, after allegedly using a tree stump to trap a woman inside of her home during a dispute, according to the Athens Banner-Herald. 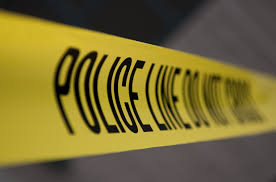 Frank Bundy and daughters Karen and Sandra Bundy, 61 and 63 respectively, were arrested and each charged with misdemeanor criminal trespass for using “a large tree stump” to trap a woman inside of her home last week, according to ABH.

“The stump created a dangerous situation for the victim and anyone who would have been inside,” according to the Clarke County police report.

The incident arose from an ongoing dispute with the tenant, who was staying at a Lexington Heights home owned by the three Bundy daughters. The Bundys had previously tried to evict the tenant in February.

Last Monday, they allegedly dragged a large tree stump to the front of the home and then placed it against the front door. Police said they then chained a 20-foot log to the stump.

Frank Bundy and his daughters were initially held without bond so that a hearing could be held on attaching special conditions, including that the family have no contact with the tenant except through an agent or attorney.

This article originally appeared on ledger-enquirer