A tiff over rent led to a tenant assaulting the landlord’s daughter-in-law and a son, landing them in hospital in critical condition. The fight took place at landlord Shanta Jogi’s residence at Santoshi Nagar, Pipla Road, on Friday afternoon. 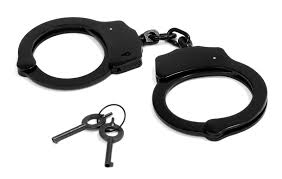 Hudkeshwar police have arrested the tenant, Madhukar Mankar, 46, who earns his livelihood by taking welding contracts. He will be produced in the district court on Saturday.

The complaint filed by Jogi, 59, claims that Mankar has been a tenant at her house from last two months, but has been irregular in paying rent. He has paid Rs 2,000 as rent for the single room over two months, and had been asked to pay more. She told police that Mankar had been picking up arguments with them since last few weeks, after he was told to pay higher rent.

Friday’s quarrel began after Mankar passed indecent comments on Jogi’s daughter-in-law Amrapali, 28, whose husband was at work. Police said that only Jogi and her daughter-in-law were at home since her other son Ashish, 28, was undergoing treatment at a private hospital.

“On hearing the foul words uttered for Amrapali, Jogi warned Mankar against such behaviour, which led to an argument between them. Later, while Mankar was misbehaving with the two women, Ashish reached home. During the fight, Mankar hit Amrapali and her brother-in-law Ashish with a wooden rod,” police said.

Neighbours helped Jogi to rush both the injured persons to hospital. Cops said Amrapali’s condition is more critical than Ashish. On Jogi’s complaint, police have booked Mankar for attempt to murder.