A tenant at an off-campus student rental is facing criminal charges after firefighters last week discovered smoke detectors in the house covered with plastic bags and pull stations disabled. 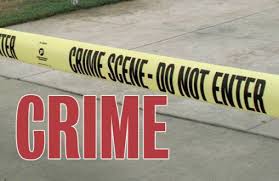 Michael E. Roy, the town’s fire prevention officer, said Thursday that firefighters and police officers were dispatched at 1:53 a.m. Jan. 24 to an alarm from 11 Phillips St., a three-story home at the edge of the University of Massachusetts campus.

The home, which housed the former Delta Zeta sorority until it was shut down in 2005 by its national organization because of an alleged drug issue, has been the scene of various illegal activities and code violations in the past two years. An underground bar that police shut down in October 2012 led to the discovery that more than four unrelated roommates were living in the home, and triggered the mandated installation of an alarm system wired to the fire station, which worked despite the covered detectors.

Though there was no active fire, Roy said firefighters were immediately troubled by what they observed inside the house, which does not have a sprinkler system.

“When they arrived they found all the windows covered with black plastic tarps and were met by a group of unruly students,” Roy said.

The fire protection system detectors, he said, had been covered with plastic bags tied with coat hangers and pieces of cardboard were wedged into the pull station boxes, and sealed with duct tape.

During their inspection of the house firefighters discovered all windows were covered, meaning any secondary form of egress was impeded, and a sofa was blocking another exit on the second floor.

The public safety officials also noticed damage to the interior walls and a door that had been marred by what Roy said were “three big fist holes.” Another room was so cluttered with sofas and other material that an active fire would have spread quickly, he said.

A college-age man who lives there will be summoned to court under the state general law’s chapter 148, section 27A, which has penalties of up to one year in jail and $1,000 in fines for the fire code violations.

According to the state law, “no person shall shut off, disconnect, obstruct, remove or destroy, or cause or permit to be shut off, disconnected, obstructed, removed or destroyed, any part of any sprinkler system, water main, hydrant or other device used for fire protection or carbon monoxide detection and alarm.”

A clerk magistrate will oversee a show-cause hearing before a court appearance date is issued. Roy said the Fire Department will seek restitution, including $400 per hour to operate the fire engine, which also meant taking an emergency vehicle and crew off the road that may have been needed for another fire or medical emergency.

Roy said the firefighters on scene were the targets of verbal abuse as they ordered that the home be cleared of people immediately. Before leaving, they ensured fire protection was back in place and plastic tarps were removed from the windows, he said.

Roy said the property owner is Knight Properties LLC of Lexington, which is managed by Stephan Gharabegian. He has taken some steps to minimize problems, Roy said, such as preventing access to the basement and padlocking the doors to some of the 10 bedrooms so that occupancy limits are adhered to.

Only one tenant is facing charges at this time because the others were not home at the time of the party. But Roy said one of the other tenants has unpaid tickets related to previous fire code violations, including a $200 ticket for denying entry to the fire marshal last October and $100 for failure to ensure adequate fire protection for those living in the house.