A 24-year-old man allegedly beat and stabbed his landlady to death and then tried to cover up the murder with arson last week.

Firefighters found the body of Genevieve Lucienne Auger, 32, inside the main floor bedroom of her burning bungalow in the city’s west end at 17304 77th Ave. early Wednesday. 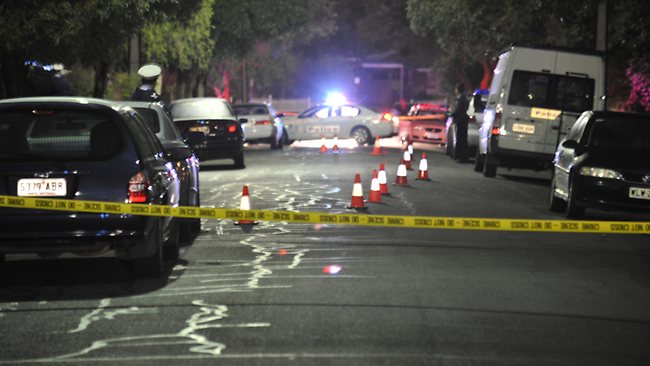 The next day, transit security called police about a possible impaired driver. A man was found slumped over the wheel of his car in the Century Park LRT parking lot. He was identified as one of Auger’s three male tenants and a suspect in the homicide.

The other tenants were not home at the time and there’s no evidence to suggest anyone else was involved, acting Staff Sgt. Brad Mandrusiak told a news conference Monday.

Mandrusiak said the other tenants were “obviously emotionally affected.”

Juan Rolan Checkel was charged Friday with first-degree murder, possession of an offensive weapon and arson. Police said he had only been living at Auger’s home for a few months and does not have a criminal record.

Police believe Checkel was unemployed at the time of the alleged offence, but would not speculate on the motive. He was being held in custody and is scheduled to appear in court on Wednesday.

Forty-six firefighters battled the blaze, which took 90 minutes to get under control.

Mandrusiak said the fire was “quite intense,” which made it dangerous and difficult for investigators to deal with because of toxic fumes and ash. Mandrusiak would not say where or how the fire started.

Friend Andy Richardson earlier told the Journal such postings showed Auger was “in a really good place. She was busy living her life.”

“If there was one person on Earth who did not deserve that, it was Gen,” Richardson said. “I know that the person she was would not want people she loved to be consumed by anger over this.”

Neighbour Debbie De Boer awoke last Wednesday to see fire trucks and police outside her house and Auger’s back deck engulfed in flames.

“I think it’s horrific,” she said. “I don’t know anyone that would have wanted to hurt that woman. She was just a little spit of a thing.”

The Auger case is Edmonton’s 19th homicide of the year. At this time last year, there had been 18 homicides.