A 61-year-old man is charged with physically attacking a man who is a tenant at his residence.

Fort Walton Beach Police officers were called to the home on Oct. 18, according to the arrest report. The victim had recorded the incident on his cellular phone. 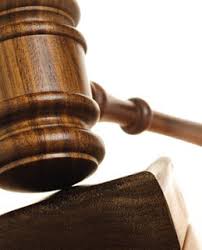 He played the video for officers, showing that Roberto Martinez-Sosa had struck the victim several times and shoved the victim outside of the residence, the report said. Officers had been called to the residence “multiple times” recently for similar complaints of Martinez-Sosa “unlawfully attempting to evict the victim…by means of harassment and intimidation.”

When officers spoke to Martinez-Sosa, he “was intoxicated” and denied striking the victim, according to the report. When officers arrested him, he tried to pull away.

He was ordered to stop resisting an continued to try to pull away, the report said. He was “taken to the ground” and officers had to “force his hands into handcuffs.”

He is charged with battery and resisting or obstructing an officer without violence.

His next scheduled court date is Nov. 4.