Concerns are being raised by activists that some local Police Departments in Alameda County may be providing video tapes / DVDs to landlords and property owners that contain the images of the different types of renters, that the police believe the landlords should not be renting to.

According to sources, some of the images being presented to landlords by the police portray the mentally ill in a ridiculous and extremely offense manner, encouraging property owners to avoid renting to the mentally ill, and other renters being targeted by the police for displacement from their local communities. Stay tuned for more on this story, as more details become available. 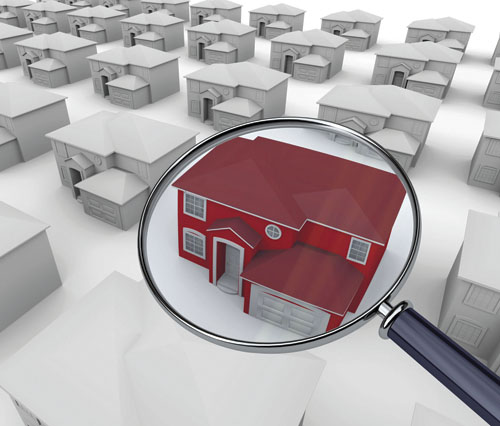 As is, the police in Alameda County are working in partnership with landlords and property owners in an effort to transform neighborhoods into what are being called “crime free communities,” and have targeted some renters for displacement, especially those considered to be so-called “nuisance tenants” by the police, the Neighborhood Crime Prevention Council (NCPC), and the Rental Housing Association of Northern Alameda County (RHANAC).

In Oakland, the attacks on renters are so extreme that the Nuisance Eviction Ordinance (NEO) provides that the City will give access to police records and other evidence, that may be used to determine that the tenant/s should be evicted when the City orders the landlord to evict tenants from their housing for so-called nuisance activities. Landlords may face penalties and hefty fines if they do not evict tenants when ordered to do so by the City, under the Nuisance Eviction Ordinance.

Additionally, Police Departments around the country are currently implementing new programs to provide free criminal background checks on renters for local landlords and property owners, and the latest concerns being raised in the Bay Area about the police providing video tapes / DVDs telling landlords what kind of people they should not rent to, may be just the tip of the iceberg.

In brief, the archives related to California criminal background checks are being maintained by local law enforcement agencies, and often the police are very secretive regarding how the information is being used to assist landlords and property owners in screening prospective renters, but it appears to be widespread.

The partnership between the police and property owners across the nation are on-going, and the police are involved in many different programs being implemented to run criminal background checks on individuals, couples, workers, students, and families with children that are seeking rental housing.

In some cities, hundreds of prospective tenants a year are being rounded up and landing in jail for petty offenses after signing a rental application, and a criminal background check was run on them as part of the process to rent a house, or an apartment. Some tenants are being rounded up for petty offenses, when landlords conduct surprise background checks on families that have already been renting from them for many years.

For instance, on July 1, 2011, in the City of Dubuque, Iowa, a new ordinance went into effect that requires landlords to run criminal background checks on everyone that fills out a rental application, and landlords that have ten rental units or more are now required to attend a city program about “crime free housing.” Landlords may face a fine, or lose their rental license if they do not comply with the ordinance.

The police have already offered landlords free background checks on renters during the past few years in Dubuque, but the program was not mandatory. The new law is mandatory and requires landlords and property owners to conduct background checks that search for any misdemeanor or felony charges, and convictions of renters, in the effort to make a so-called “safer community.”

In another example, as recent as late May of 2011, the Bettendorf Police Department announced that it has implemented a new free tenant screening program for landlords and rental property owners in Bettendorf, Iowa.

The Police Department’s program is called BLAST (Bettendorf Landlord Assistance Screening Tenants), that threatens the privacy rights of renters with the underhanded police state tactics being offered, in the effort to assist property owners and landlords in determining who shall, or who shall not reside in the local community.

The above mentioned programs being operated and maintained by the police are starting to spring up all across the country, in the effort to assist landlords and property owners in the creation of so-called “crime free communities.”

Additionally in California, the California Department of Justice offers an automated service for criminal history background checks that may be required in regards to employment, licensing and certification.

The police state programs are all being designed to determine who resides and works in our communities all across the nation, and have had a profound impact on all of those that are being negatively affected as a direct result.