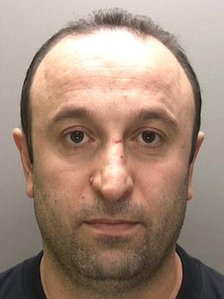 Charlotte Piccaver died when she was stabbed in the neck