To save money an Etobicoke rooming house landlord took “half-measures at best” when it came to fire safety — and a man died as a result, a judge ruled Wednesday afternoon. 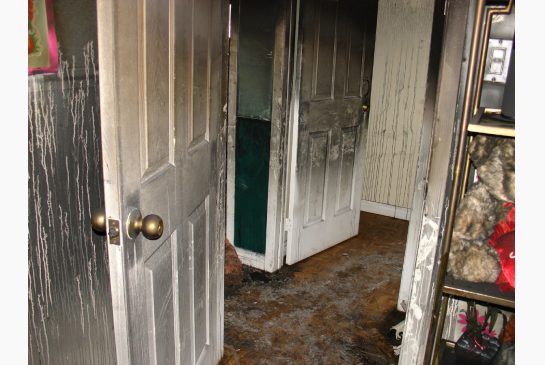 Singh “concluded the retrofit (for a rooming house) was too costly so he decided not to comply,” Superior Court Justice Bonnie Croll concluded.

The landlord instead passed a fire inspection by claiming he was renting the two-storey detached house near Humber College to a single family, with a separate basement unit, she said.

The court heard during the trial that single family dwellings have fewer fire safety requirements because families are more concerned with each other’s safety in the event of a fire than individual tenants.

However, Croll ruled that Singh was really renting to three individuals who hardly knew each other. The tenants had locks on their doors to prevent theft and paid rent separately.

She also found that Singh knew through complaints from the other renters that the tenant who started the fire — Karnail Singh Dhaliwal — was an alcoholic who cooked on a hot plate in his room rather than in the kitchen.

Dhaliwal’s hot plate caught fire on March 6, 2011, when he fell asleep after drinking a bottle of Crown Royal with a friend who was sharing the room, the court heard. Dhaliwal died of smoke inhalation and his friend, Harbir Bhinder, suffered severe burns and was hospitalized for four days.

No smoke alarm went off that night to warn the other two tenants, who were students attending nearby Humber College. It was only when one of them left her room to do laundry that she noticed smoke and started screaming, Croll said.

Croll said it remains unclear why the hallway smoke alarm did not go off. She added that if an interconnected smoke alarm system with a smoke detector in each bedroom had been installed as per the fire code for rooming houses, Dhaliwal might have survived, Croll found.

When a fire inspector first visited the house on Oct. 29, 2010, she found six students sleeping on mattresses in the living room, as well as three bedrooms on the second floor being rented out individually, the court heard during the trial. There was no operational smoke alarm at that time.

After six visits by the fire inspector — the last just a month before the fire — Singh understood the requirements for a rooming house and showed a “wanton and reckless disregard” for the safety of his tenants, the judge said.

Singh also made a “self-serving, bogus document” presented as evidence during the trial — apparently a letter signed by the three tenants telling them that they are considered a family, must pay rent collectively and are responsible for anyone tampering with the smoke alarms, Croll said.

Singh “fabricated the document because of his guilty mind,” she said in her decision.

Singh’s wife, Sukhwinder, was acquitted on the same charges because Croll could not find beyond a reasonable doubt she knew about the failure to meet the fire code and about Dhaliwal.

“The law cries out for clarification,” said Jasvir Singh’s lawyer Walter Fox. “We have to consider an appeal at any cost.”

A sentencing hearing is scheduled for October.