Carol Stream is working to develop a crime-free housing ordinance for rental properties. 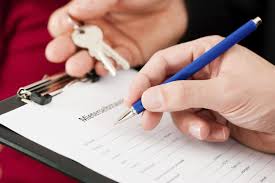 Before obtaining licenses, owners and property managers would have to attend a crime-free housing seminar run by the police department.

Owners would need to include a crime-free housing addendum to leases or rental agreements, which would provide “that the tenant may be evicted if the tenant or any of the tenant’s guests or invitees commit any crimes,” according to village documents.

If owners do not enforce or include the addenda in lease agreements, they could be fined or get their license revoked or suspended.

The village board held a workshop Monday to discuss the issue and heard a presentation from Rick Brogan, the crime-free multi-housing coordinator for the Hanover Park Police Department.

Brogan said the program puts the onus on landlords, not tenants.

“It’s on the landlord to get rid of the people that are causing you problems, causing problems in your community,” Brogan said.

He said it’s up to the village to decide how hard it wants to crack down on landlords.

He suggested the village avoid taking a heavy-handed approach to enforcement.

“Unlike some of the other departments I’ve heard about, where they want to just do everything the hard way by fining everybody and getting people evicted and fining by compliance, I want to go the other way with meetings, with letters,” Sailer said.

Sailer said other communities have seen changes after adopting similar programs, with fewer calls for service and “problem people” moving to other areas.